AuthX changed its name to Authentic with a brand relaunch aimed at better reflecting the company’s focus on creating “authentic” connections between brands and their customers. The brand relaunch was motivated in part by the company’s recent acquisition of Create Digital, expanding its capabilities to include digital strategy, creative design, production and social media. Where the name AuthX stood for “authentic experiences,” Authentic is intended to convey the company’s mantra of “always be authentic” as a guiding principle for the brand.

Flatland Creative won two awards in this year’s W3 Awards, sanctioned and judged by the Academy of Interactive and Visual Arts. The animation studio won a Gold award for directing the live action video “Time Together is the Gift They’ll Remember” and a Silver award for promotional/branded content for a 2015 holiday self-promotional video.

Release The Hounds also wrapped its music creativity experiment, The SoundView Project, which benefited youth music education in Richmond. A partnership with EggHunt Records, which shares the firm’s West Broad Street space, the project collected over $10,000 worth of donated instruments and delivered them to local public school programs.

Ndp released a 30-second animated spot for VCU Health that debuted on Facebook and will begin appearing on cable and network television in January. Featuring animation by Hue & Cry and music by Overcoast, the spot shows a hospital sheet unfurling and its threads weaving into significant VCU Health landmarks in the city and state. It marks the first time VCU Health has opted for a TV launch on social media first.

J Drake Graphic Design received 2016 Gold awards from Summit International Awards and Hermes Creative Awards for its work with The National Association for Christian Recovery, as well as an American Graphic Design Award from Graphic Design USA for its logo design work for Washington, D.C.-based Carroll Mechanical Inc. The firm has been retained by Horizon Tax and Accounting Services for a rebrand that includes marketing materials and a website design.

Think was hired by Manakin Farms to roll out an “Elf on the Shelf” campaign for 16 businesses in the Quioccasin Station Shopping Center. The campaign’s goal is to get the community involved by searching for elves within each of the participating offices. Think also completed a comprehensive trade show presentation for Harris Williams & Co. Creative work included design and development of all booth graphics. 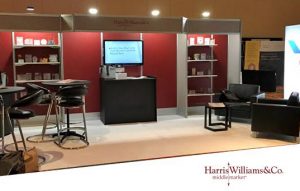 93 Octane completed a new brand launch for the Virginia Baptist Foundation that included a new logo, collateral, trade show displays and launch of a new website. The agency was selected earlier this year by Tricycle Gardens to update all of its brand communications. And for a sixth year, 93 Octane created the theme and designs for the Fan Holiday House Tour, to be held Dec. 10-11. This year’s theme is “Homes that Sparkle & Glow.”

New Kent Winery selected Madison+Main as its agency of record. The agency will assist with marketing, communications, event promotion and online sales for the winery, which was completed in 2008 and plans to boost its production levels to more than 10,000 cases per year.

Free Agents Marketing created the logo for the newly launched Retail Merchants Association rebrand. The new logo reflects a name change to Retail Merchants and a more contemporary aesthetic, incorporating “Think. Shop. Buy. Local” as a tagline for RMA while also displaying the “RMA” acronym to pay homage to the RVA region it serves.

Glen Allen-based The Smyers Group launched Monument32, a small-business-specific startup that will provide a suite of services to law firms with about 10 lawyers or less.