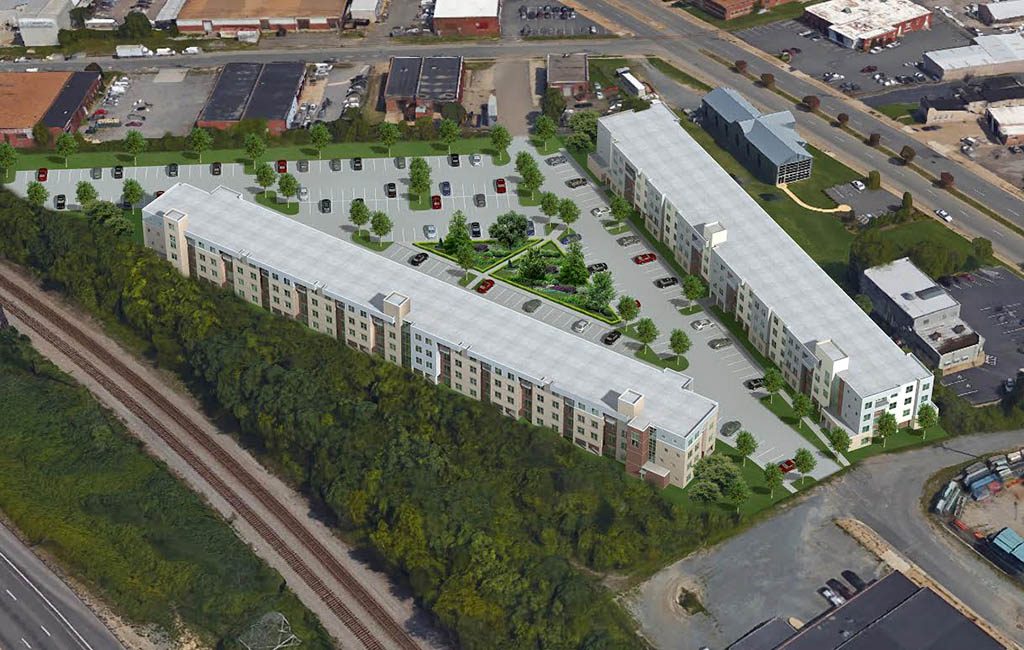 A plan to transition the Brook Road-Chamberlayne Avenue corridor near Virginia Union University into a mixed-use village is getting a boost with a rezoning for a 200-unit apartment complex.

Plans call for two four-story buildings with one-, two- and three-bedroom units straddling a central surface parking lot. Basham said the project would add needed workforce housing in an area accessible to VUU, VCU and downtown.

“There’s a huge demand for more affordable workforce housing in the city, and it’s our opinion it’s not really being met,” Basham said. “It’s our intent to do some workforce housing over there and have a more moderate price point than Scott’s Addition or downtown.”

Spy Rock has been active in Scott’s Addition, where it developed the 194-unit Preserve at Scott’s Addition in a former Coca-Cola bottling plant and is developing 190 apartments and 55,000 square feet of commercial space on the site of the former Symbol Mattress Co. facility.

Basham said the area at Brook and Chamberlayne presents a different opportunity for infill and redevelopment. He said the City of Richmond’s approval last year of its VUU-Chamberlayne Neighborhood Plan turned his and fellow Spy Rock principal Taylor Williams’ attention to the area. 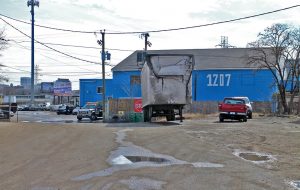 “I don’t see it as a Scott’s Addition or a Manchester necessarily, because there’s no historic district over there. I think that’s one reason why it hasn’t seen a ton of investment, because of that lack of a historic district,” Basham said.

“The plan’s approval really piqued our interest in that area. It’s so close to VCU, it’s so close to downtown, and that area doesn’t have a ton of traffic,” he said. “The proximity to some of the residential neighborhoods that are there is appealing, and I know there are businesses moving over there. It’s just a matter of time before you start to see services and more restaurants and those kinds of uses.”

The plan recommends improvements and new development to turn the area along Lombardy Street between Brook and Chamberlayne into a mixed-use village, with pedestrian crossings and enhancements, residential and retail along Lombardy, and redevelopment of underutilized parcels with mixed-use projects.

The plan also calls for light industrial properties to be branded as an industrial innovation area and improved with better lighting, stormwater drainage, signage and screening. The School Street property is included in that area, but the zoning approved by City Council on Monday – from heavy industrial to mixed-use business district – opens the land up to residential use.

Basham said Spy Rock would develop the project through a partnership with 1207 School Street LLC, which owns the property and leases it to several users, including Materials Management and Recycling, and Williams & Fogg Auto Repair.

A builder has not been lined up, and Basham said it’s too early to estimate project costs.

Rents have yet to be set and depend on financing and design, which Basham said remain in the works. He said the apartments could rent from $600 to $1,200 a month.

The apartments would include an amenities package with a clubroom, business center, outdoor gathering and grilling areas, and potentially a dog park. Basham said 2 acres of the 5-acre site are planned as open space.

The landlocked site sits behind several buildings that line Brook and School Street. It borders the railroad track that runs alongside I-64, just north of the Stratton Metals recycling facility.

Basham said the buildings would be built in two phases. He said he would like construction to start this year, and expects the project to take up to two years to complete.

The project would be the latest sign of investment in the area, where new construction and businesses have grown in recent years. The $11.5 million Spectrum Apartments added 103 student housing units along Brook Road. On the other side of Chamberlayne, production studio Spang TV moved into the neighborhood last year.

It’s a good move by Spyrock. Where else is there to go now but north of I-95 for a tract large enough and “cheap” enough to allow surface parking? There will be a big push north over the next few years as the urban core sites emphasize height, small units, and garage parking and the resulatant very high rents rates.

From 95 the recycling facility makes Richmond look like a small-time Philadelphia, but these tracts of bare minimum human storage will not be an improvement.