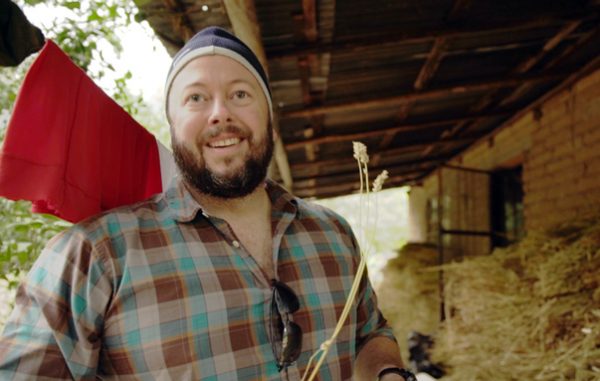 A common concern among startups is providing investors with a return on investment, but one local company is providing another type of financial return to a different group: the indigenous people who inspired its launch.

The Tarahumara are Native Americans considered among the world’s greatest long-distance runners. Linking the Tarahumara and Health Warrior are chia seeds, the nutrient-dense plant that fuels them on their 100-plus-mile runs and is a key ingredient in Health Warrior’s flagship product, the Chia Bar.

The campaign is raising funds to restore two chia farms in the Copper Canyon region of Mexico. In 2012, two years after Health Warrior was founded in Richmond, a drought struck the region and dried up many of the Tarahumara’s chia farms. The funds will help to build irrigation systems, provide seeds, create jobs and restore soil.

To help kick off the campaign, Health Warrior debuted a new flavor of Chia Bar, Mexican Chocolate. The campaign ends March 15, and it had raised $34,800 of its $40,000 goal as of Wednesday evening. 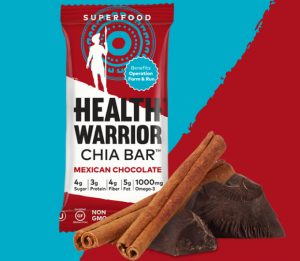 Health Warrior co-founder and CEO Shane Emmett said the company will help the Tarahumara restore farms regardless of reaching its Kickstarter goal.

With the distribution deal, Emmett said the number of farms the company aims to restore may grow beyond two. Emmett traveled to the region last year for a test run of a farm restoration before launching the campaign.

“It’s hard to describe how remote this place is and how hard it is to get to,” he said. “Imagine a much more dramatic version of the Grand Canyon – that’s what this place is.”

Last year, Health Warrior landed on BizSense’s RVA 25 list, ranking as the seventh-fastest-growing company in Richmond based on annual revenue. Despite its success, Emmett said the company was not averse to Kickstarter, a service typically popular among fledgling businesses.

“It’s a great medium for telling a story to people who want to dig a little deeper,” Emmett said. “It’s a complicated story, and it’s hard to tell it on the retail shelf.”

Health Warrior isn’t the only Richmond-based firm raising funds through the platform. Hero Cookies, a startup that bakes and sells gluten-, dairy- and egg-free cookies, launched its own Kickstarter campaign last month.