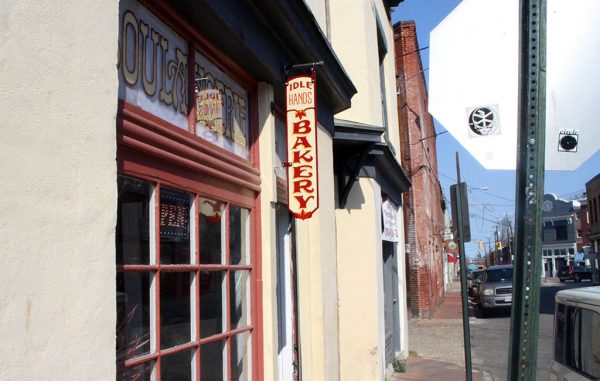 Not long after relocating to a bigger space, a local bakery is running out of room again – this time in its oven.

Idle Hands Bread Co. has launched a crowdfunding campaign on GoFundMe to buy a new oven that can handle the increasing volume of bread it bakes for wholesale partners and other customers.

Owner Jay Metzler said he’s baking with a modified convection oven that is becoming overwhelmed. He said a new deck oven would allow him to triple production. 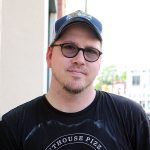 “It’s not cut out to bake bread as much as we are. I could keep breaking and fixing it, but it makes more sense to get a new oven,” Metzler said.

Metzler’s got his eye on a deck oven made by Italian brand Polin. The GoFundMe campaign has a goal of $15,900, which would cover the full cost of the oven, but Metzler said he hopes to raise at least half of that for a down payment.

“That’s why we went with GoFundMe instead of Kickstarter,” Metzler said, “because if we don’t hit the goal we’ll still be able to use the money.”

The campaign launched Tuesday and had raised $4,000 as of Thursday afternoon. There is no deadline for contributions.

After opening in late 2015, Idle Hands left its first location in Scott’s Addition for 312 Brook Road in Jackson Ward last May, upping its square footage from 200 to 850.

Metzler is seeking a similar expansion rate for his oven capacity. He said the new oven would enable the firm to bake new types of breads, like baguettes, rolls and pumpernickel. 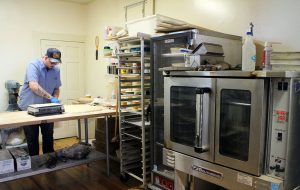 The GoFundMe campaign aims to raise $15,900 for a new oven. (Mike Platania)

Idle Hands has enjoyed success in local wholesale, now distributing to 16 markets and restaurants throughout the city – double its total from May. Metzler said he’s had to turn down deals because he couldn’t fill them on top of other orders.

Beyond the GoFundMe campaign, Metzler said he also has spoken with local investors to get more financial backing as he looks to expand operations.

“I don’t have backers; just a community of people that have been awesome to me,” Metzler said. “I’ve been thinking pretty seriously about a second location, which I’d like to be a café-type place.”

Idle Hands isn’t the only business in town raising money through crowdfunding. Health Warrior is approaching its $40,000 goal through a Kickstarter campaign to raise funds for farms in Mexico that supply seeds for its chia bars. Fellow baker Hero Cookies recently reached its $5,000 Kickstarter goal.