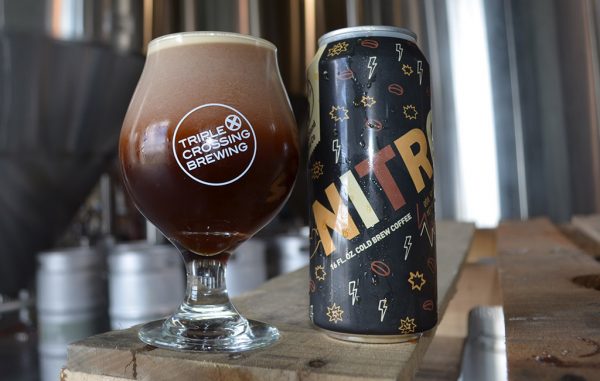 Two local brewers are serving up coffee with a different kind of cream.

Made with Black Hand beans and canned with nitrogen by Triple Crossing, the company is launching with an initial batch of about five barrels of coffee, which equates to about 240 16-ounce cans.

The cans are being sold for $5 at Black Hand and Triple Crossing locations.

Gilbert said the firms will make five-barrel batches every couple of weeks, depending on demand.

Triple Crossing co-owner Adam Worcester said the two sides got acquainted when it worked with Black Hand and Gilbert to brew beers that incorporated coffee as an ingredient.

“Their coffee is already so good, and the nitro gives it this plus, this soft mouthfeel to drink,” Worcester said.

Black Hand is preparing to open its second location, Black Hand Cafe Nostra, at 15 E. Brookland Park Blvd. That will join its current shop at 3101 Patterson Ave. in the Museum District.

Other local companies are making big bets on cold-brewed coffee. Confluence Coffee last year announced it was leaving its original digs in Manchester for a larger space near the Diamond.