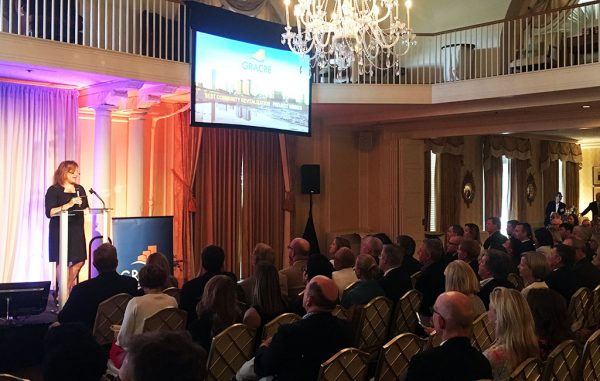 A project that brought new life and hundreds of apartments to an 88-year-old downtown tower took home some hardware Tuesday night.

Deco at CNB, the new incarnation of the rehabbed Central National Bank building, won Project of the Year at the 16th annual Greater Richmond Association for Commercial Real Estate awards. The conversion of the 23-story former bank at 219 E. Broad St. into roughly 200 apartments was completed last year. D.C.-based developer Douglas Development Corp. was behind the $20 million project.

The evening’s other top honor went to a downtown office deal that filled a big vacancy and will bring more than 700 jobs to the city.

CoStar Group’s lease of the top three floors of the WestRock building at 501 S. Fifth St. earned Transaction of the Year.

The GRACRE ceremony, held at the Country Club of Virginia, recognized 21 projects and transactions. It was hosted by Cheryl Shanahan from The Blue Book.