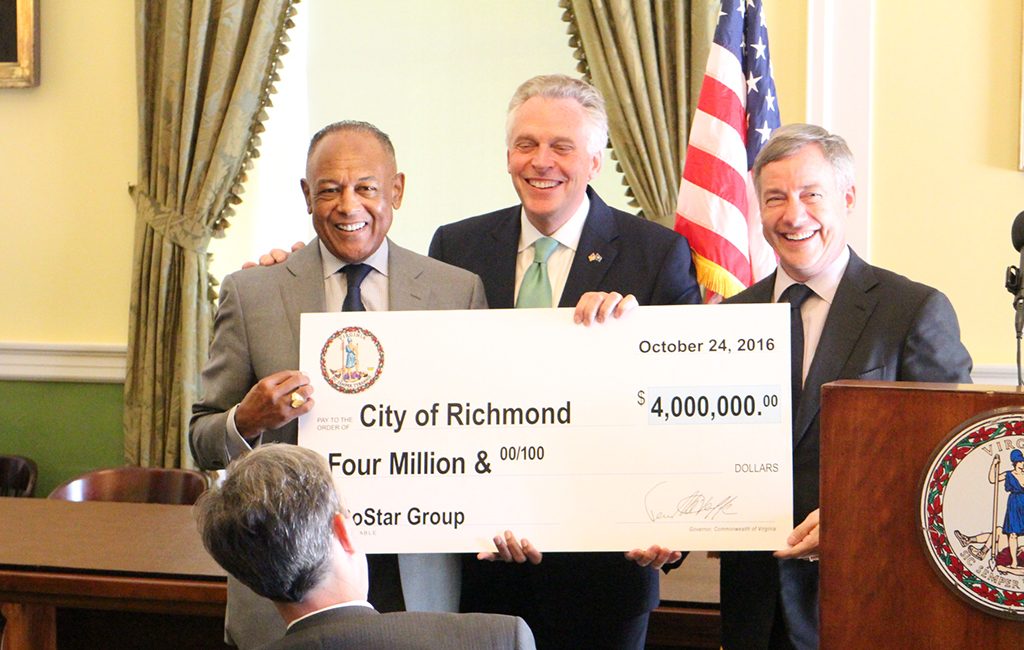 When news broke last fall that CoStar Group would fill the top three floors of the downtown WestRock building, investing $8.1 million to make Richmond the headquarters for its research division, the commercial real estate data firm was faced with a challenge: relocating a wave of employees from across the country to start up the local office.

That challenge was made more interesting when CoStar Senior Vice President Lisa Ruggles sought out volunteers to make the move to Richmond and was hit with a surprise response: 120 applicants – more than double the 50 positions CoStar originally planned to have on the ground here.

Over several days, the employees were given bus tours of neighborhoods, such as Midlothian’s Hallsley, Richmond’s Windsor Farms and apartments in Shockoe Bottom and Manchester, as well as Richmond-specific attractions, such as the city’s building murals and, of course, a brewery – Hardywood. Ruggles said various apartment communities offered the group discounted rates, and CoStar’s own Apartments.com saw a surge in Richmond searches.

Such interest in moving to Richmond has not been specific to CoStar. The company is one of several making moves to Richmond in recent months, along with Washington, D.C.-based retirement plan manager ICMA-RC and New Jersey-based software company AvePoint.

Their recent and ongoing office openings and employee moves set into motion a segment of the Richmond economy that focuses on corporate relocations, including divisions of several locally active real estate brokerages. 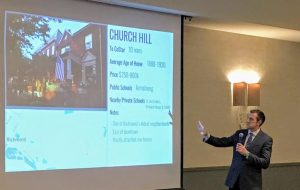 In CoStar’s case, it leaned on Richmond Region Tourism and local brokerage One South Realty Group, a client of the company’s, to introduce housing and neighborhood options to the 120 employees who wanted to relocate to Richmond.

Ruggles said she was surprised by the level of interest from employees wanting to relocate, primarily from offices in D.C., Atlanta, San Diego and Columbia, Maryland.

“I had no idea how many people would be interested,” Ruggles said. “That was one of my concerns going into the whole process of setting up a new center in a new city: how many people will want to go to X city.”

AvePoint saw a similar level of enthusiasm when it announced last year it would open a local office, said COO and general counsel Brian Brown. AvePoint opened that office, on the ninth floor of Riverfront Plaza, several weeks ago.

“We estimated that when we would be transferring people down here that we might not get a ton of people, because Richmond is very different from New York,” Brown said. “That’s proved absolutely not to be the case.”

AvePoint employees who were interested in Richmond were provided with financial packages to travel to the city and tour it with a locally based human resources employee. Brown said they were provided special rates at the Omni Richmond Hotel.

Brown said Richmond’s cost of living, shorter commutes and overall quality of life excited employees who chose to move from New York, as CoStar saw from its employees in D.C.

He said one employee who paid $2,200 a month for a one-bedroom apartment in New York is now paying $700 for a comparable unit in walking distance to downtown Richmond.

“Overall, it is substantially cheaper here,” Brown said. “On average, the employee cost here is 20 percent less than what we pay for comparable employees in New York, and the rent that we pay here in our space is about a third of what we pay for the rent in New York. So there is a huge advantage for us to moving a lot of our operations out of a very expensive area to an area which is more cost-effective, yet has a highly skilled workforce. 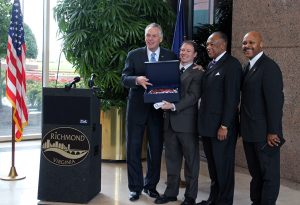 “I think one of the things people are pleasantly finding, especially people who have families, is how cheap it is to find a really nice place to live and how easy the commute is,” Brown said.

CoStar’s Ruggles said it has been interesting to see where employees have chosen to live in Richmond. Of the 120 employees who made the company’s initial move, she said the majority chose places such as Deco at CNB and other apartment communities in Tobacco Row and Manchester. Only two employees chose to live in Short Pump, said Ruggles, who herself just closed on a house in the West End.

“Coming from D.C., a lot of our employees don’t have cars, and that was not something they were wanting to run out and buy, so a lot of people ended up in locations where they could walk to work,” Ruggles said. “We have found that, because that group relocated from D.C., where they’re used to taking the Metro or walking or riding their bike, they’re continuing to do that here.

“It’s funny, because Richmonders who have joined the company since have commented how interesting they thought it was that so many people who relocated ended up living downtown, because they were like, ‘That’s not something we’ve historically been doing.’”

One South Realty’s Patrick Sullivan, who led the CoStar neighborhood tours, said it made sense to see high concentrations of employees in certain places.

Ruggles said employees were provided with a relocation allowance to help pay for moving costs. She said the company itself did not use a relocation company because the WestRock space is furnished and office supplies were purchased locally.

In its expansion to Richmond, ICMA-RC worked with the local office of Long & Foster Mobility – the corporate relocation division of the Northern Virginia-based real estate company – to help find homes for the 100 employees it planned to relocate as part of its $10 million capital investment in Richmond.

The company connected with Long & Foster through CapRelo, a relocation consulting firm based in Sterling. Allison O’Brien, vice president for business development for Long & Foster Mobility, said the employees were introduced to Richmond over several Saturdays, through bus tours and overview presentations with assistance from economic development groups Greater Richmond Partnership (GRP) and Venture Richmond. 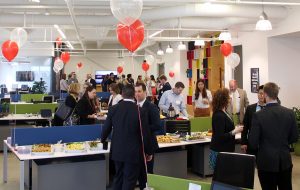 AvePoint employees at the grand opening of its Riverfront Plaza office. (Mike Platania)

“We are trying to help people make an educated decision about a relocation, so we are trying to provide as much information as possible and trying to get them out to see the area,” she said. “It’s tough, because you’ve got three major counties and the city, so on our bus tours, we covered a lot of territory.

“For these folks coming especially from the Washington, D.C. area, a lot of them have been renters for years,” O’Brien said. “They were just so excited that they could come here and actually buy, or get double their space in rental of what they’re paying for up in the D.C. area.”

Gregory Dyson, senior VP and COO of ICMA-RC, said the efforts of groups like GRP and the Richmond Economic Development Authority played a factor in the company choosing Richmond over other cities to open its second office.

“They are the unsung heroes in the process,” Dyson said.

According to GRP, which represents the city and Chesterfield, Hanover and Henrico counties, fiscal year 2016 saw the attraction of 19 companies to the region, bringing with them nearly 1,100 new trade jobs and $200.4 million in new capital investment.

There is also a local nonprofit, Greater Richmond Relocation Council, whose leadership includes representatives with Capital One, WestRock, The Steele Group Sotheby’s International Realty, and Hilldrup Cos., a Henrico-based relocation services company. Attempts to reach the council for comment were unsuccessful Tuesday, but its website describes it as a regional network of relocation resources.

AvePoint’s Brown said a comparable community is forming as a result of, and among, Richmond’s recent corporate relocations.

“I talk to (CoStar) a lot, because they’re hiring a ton of people, we’re hiring people, and they’re in the building just two buildings over from us, so we get together and compare notes,” Brown said.

“That’s one thing that we’re trying to do: We’re trying to get companies that are newer to town, like CoStar and us and Owens & Minor – even though they’ve been out in Mechanicsville but they’re moving downtown here – to really bind together and do some advertising about promoting Richmond and how we make Richmond a well-known destination.”

Noting similar collaborations that he said led to Austin, Texas, becoming known nationally as a technology hub, Brown added: “That’s kind of what we’re looking to do here.”

Richmond is sitting at the precipice of outstanding job and population growth. The city’s location and resources are tremendous. Strides must be taken to improve its schools and multi-modal transit systems to avoid becoming a traffic nightmare like D.C. And Atlanta.

I agree with Bruce on the transit situation. Before the population booms, the roads and transit options along with the schools in the city need to be brought up to today’s standards. I’m waiting for the RVA to DC train to come to town. FINALLY!