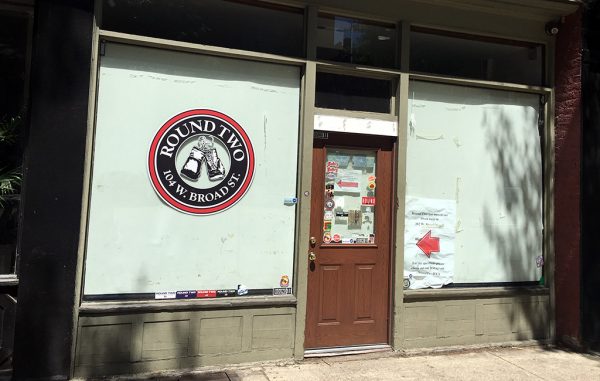 A small downtown storefront that used to house rare and sought-after sneakers soon will help a slightly smaller clientele up their fashion game.

Children’s clothing retailer Little Nomad has signed a lease for a new store at 104 W. Broad St. The 700-square-foot space has been vacant since shoe seller Round Two moved over to 202 W. Broad in 2015.

Behind Little Nomad are Anthony and Nora Bryant, married Richmond locals who saw the need for a locally owned children’s clothing shop after starting their family.

The two stay busy – Nora works as an early childhood special educator and adjunct professor at UR, and Anthony works as assistant director of the Robinson Theater and as a retail clerk at Ledbury’s showroom, a few blocks down from Little Nomad’s location.

Little Nomad is aiming for a mid-July opening, following light renovations. Anthony Bryant said the retailer will hire a contractor to clean and repaint the exterior, and the pair will design the inside of the store themselves. 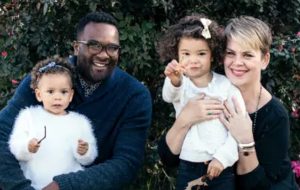 Anthony and Nora Bryant with their children. (Little Nomad)

Anthony said he and Nora are investing $25,000 to get the shop going. They’ve raised capital in a variety of ways, including an Indiegogo crowdfunding campaign, private investors and a small loan through the city’s economic development program. The crowdfunding platform raised $12,000.

“We did three different pop-up shops in the last few months. I think we got ourselves in front of our audience,” Bryant said of the Indiegogo campaign.

Little Nomad has found its way to a neighborhood that recently has attracted more retailers and new commercial tenants, from Charm School ice cream shop to the Quirk Hotel.

“We love the neighborhood. All the other vendors on Broad have been very welcoming to us,” Bryant said.

Developers have held a steady interest along the stretch of Broad Street between Belvidere and the Greater Richmond Convention Center, and the surrounding blocks of Jackson Ward.

And an entity tied to local developer Duke Dodson is piecing together a row of commercial buildings on the 300 block of East Broad Street. 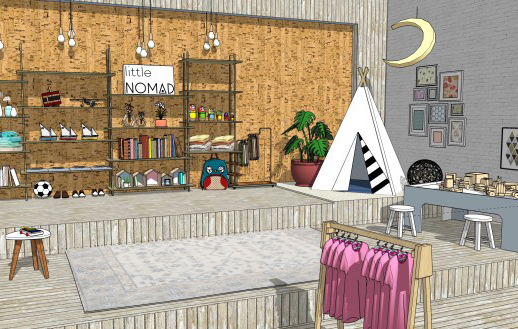 A rendering of the planned interior space. (Little Nomad)