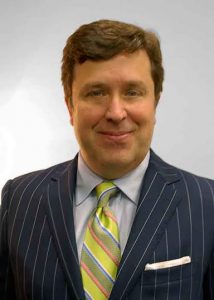 The Hilb Group has lost its Hilb.

Bob Hilb, founder and namesake of the fast-growing local insurance brokerage, abruptly left the company in recent days and a replacement has been named.

The company, majority owned by private equity firm Abry Partners, issued a press release Wednesday saying Hilb left to “pursue other interests” and thanking him for his contributions.

Hilb had no comment when reached by phone Wednesday.

The company said it has hired Richard Spiro, former CFO of New Jersey-based Chubb Corp., as its new CEO.

Hilb founded the company in 2010, setting off on a constant roadshow trying to convince insurance agency owners to sell their firms into the THG fold. He succeeded in acquiring around 40 agencies in seven years. That has helped it consistently land on lists of the fastest-growing companies in Richmond and nationwide, including BizSense’s RVA 25 and the Inc. 5000.

Hilb fueled that growth by taking on private equity money – and in turn, giving up control.

Abry took its majority stake in THG in 2015, buying out its previous backer and supplying the company with an initial backing of more than $200 million.

A representative of Hilb and Abry did not respond to questions about the changes by press time, including whether Hilb left of his own volition or was pushed out by Abry.

THG also was in the midst of relocating its headquarters from the Stony Point office park to Riverfront Plaza at 901 E. Byrd St., a deal that was announced this summer. It’s unclear whether the change in leadership will affect the pending move downtown.

Prior to Chubb Corp., Spiro, 53, was an investment banker with firms including Citigroup. He has a degree in economics from Princeton University.

[…] shift comes about two months after the company announced founder Bob Hilb had suddenly left to “pursue other interests” and was replaced by Ricky Spiro, another insurance industry […]