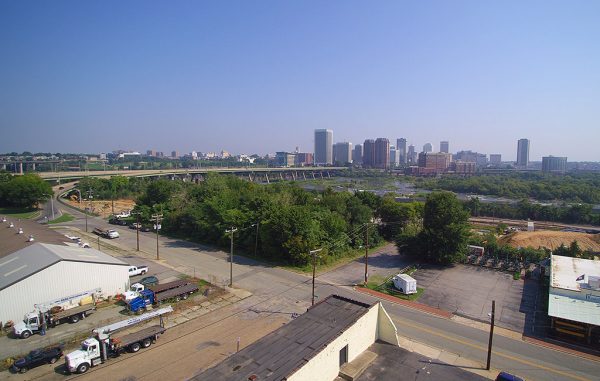 The churn of Manchester real estate continues as a boarded-up restaurant property has quickly gone under contract and a longtime area landlord is entertaining offers on one of the last developable river bluff sites in the neighborhood.

Two adjacent parcels overlooking the James River at 401 and 421 W. Seventh St. are set to hit the market by mid-September.

The lots, which total about 1 acre, are owned by a group that includes local attorney Jack Pearsall. Brokers Tom Rosman and Charlie Westbrook of One South Commercial have the listing.

The wooded land is wedged between Legend Brewing and Jeremy Connell’s 7West townhouse project, which is under construction along West Seventh Street.

Neither Rosman nor Westbrook would disclose the listing price for the land.

The parcels, which have been owned by Pearsall’s group for more than 15 years, most recently were assessed by the city at a combined $828,000.

While no plans have been submitted to the city, the sites’ riverfront zoning designation allows development of 425,000 square feet of residential and commercial space, Rosman said.

With the Pearsall tract headed to market, much of the developable Manchester riverfront has been claimed for development deals that are either pending or underway.

Guy Blundon, owner of CMB Development, and Mark Purcell, owner of Purcell Construction, purchased a 1.8-acre site at 505 Porter St. in February from Thalhimer Realty Partners, where the team is constructing a 10-story, 213-unit apartment building. 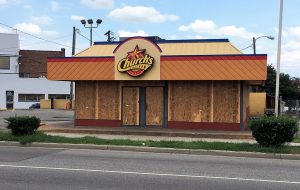 A 13-story, 250,000-square-foot office tower is planned for a 2.2-acre parcel next to the Reynolds South Tower. However, Thalhimer Realty said it could take years for the site to develop given weak demand for new office space in the area.

And Richmond-based Fountainhead Properties, which owns 111 Hull St., plans to construct a pair of 16-story towers on a quasi-island just west of the Mayo Bridge and alongside the James River flood wall.

The remainder of the riverfront property in the neighborhood is owned by the city and a handful of existing industrial users.

Meanwhile, up the road at the Hull Street and Jefferson Davis Highway intersection, a buyer soon may snap up another prime parcel on the edge of old downtown Manchester.

Yasmine Hamad, a broker with Richmond-based Colliers International, confirmed Friday that the recently shuttered Church’s Chicken location at 9 Jefferson Davis Highway is under contract to be purchased.

The fast food eatery, which had been in business in Manchester since the mid-1980s, suddenly closed in late August, leaving the building and surrounding real estate up for grabs.

While not divulging any details about the pending transaction, Hamad, who represents the buyer, said the deal is set to close in coming weeks pending final approval from the landlord, who is represented by fellow Colliers broker David Kalman.

The deals add to a running list of transactions and investments cascading into the Southside neighborhood.

Among Manchester’s other apartment projects are Robin Miller and Dan Gecker’s 2-acre, 78-unit Manchester Green that will encompass a city block bounded by Bainbridge, Porter, 12th and 13th streets.

Pig and Brew, a new venture co-owned by Lamont Hawkins, the owner and pit master of Inner City Blues Carolina BBQ at 3015 Nine Mile Road, is set to open at 1313 Hull St.

Café Zata, which has one coffee shop in Forest Hill, is preparing to open its second location in the former Blanchard’s Coffee Roasting facility at 700 Bainbridge St.