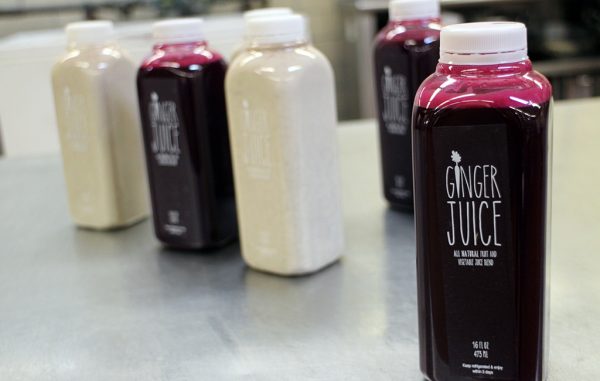 Local cold-pressed juice maker Ginger Juice is eyeing a location in the development.

A new restaurant and an established local juice bar brand have signed on for a proposed mixed-use development in Union Hill, according to one of the project’s developers.

Ginger Juice and a yet-to-be-named taco restaurant have joined the tenant list for the pending building proposed for a triangular lot at 2411 M St. and 2416 Jefferson Ave., said Matt Jarreau, who is developing the three-story, $8 million project with Daniil Kleyman.

The development, which also includes 27 apartments on the second and third floors, received the endorsement of the Richmond Planning Commission earlier this month. Final approval would come from City Council, which is set to consider the project in October.

The taco restaurant is being developed by Brian Rivers, co-owner of 23rd & Main Kitchen and Taphouse in Shockoe Bottom. Jarreau said the restaurant would fill about 3,000 square feet on the ground level of the building, near the intersection of Jefferson and 25th streets. 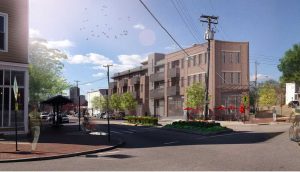 Rendering of the planned building at M Street and Jefferson Avenue.

Ginger Juice, a local cold-pressed juice maker, also is eyeing an additional location in the development, taking on about 1,000 square feet, Jarreau said. The outpost would mark its fifth location in metro Richmond.

The juice maker, which launched in late 2014, recently moved into part of Westhampton Bakery’s newest location at 8903 Three Chopt Road in the West End, expanding its production facility there and adding a retail outpost.

Ginger Juice also has retail operations at the nearby Village Shopping Center, Short Pump Town Center and on 12th Street downtown along the canal.

Jarreau’s real estate company, RVA George Real Estate Group, is planning to take up about 2,000 square feet in the building, while Kleyman is planning his offices in another 2,000-square-foot space.

“We’re looking to provide new retail, small office or restaurants,” he said. “The space is ideal for small operators or concepts.”

Pending city approval, construction is slated to begin around June 2018, with completion targeted by the end of 2019.

Note: A name for the taco restaurant has yet to be finalized. An earlier version of this story included a name that has since been removed.

This is great news, hopefully they will have organic, local, gluten-free and of course vegan fare!