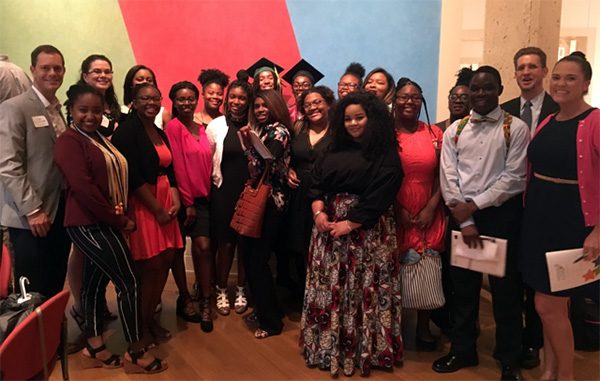 Capital One participated in the Partnership for the Future program by sponsoring students for a seven-week paid internship. (Capital One)

SisterFund, a nonprofit which supports African American women of all ages and careers, awarded a $20,000 grant to Partnership for the Future, a Henrico nonprofit which helps students transition from high school to college to employment.

Partnership for the Future held its graduation ceremony at the Virginia Museum of Fine Arts last month. Its class of 44 achieved a 100 percent college enrollment rate, and 18 students participated in a seven-week paid internship at Capital One across various departments.

CarMax and The CarMax Foundation is pledging $100,000 to the Red Cross to help those affected by Hurricane Harvey in Houston.

The University of Richmond is donating $25,000 to the Texas Association of College Admission Counseling, which will in turn be used to assist colleges and high schools affected by Hurricane Harvey.

The MEDARVA Foundation has donated $42,000 to Challenge Discovery Projects, a local nonprofit which supports at-risk youth and their emotional health and well-being.

Kroger is now offering delivery from its Short Pump location at 11895 W. Broad St., in addition to its stores in Carytown and Stonebridge.

Stony Point Fashion Park announced MediaNoche as winner of its Battle of the Pop-Up challenge. The artist collective and gift retailer won six months of free rent and will open in November at the mall. 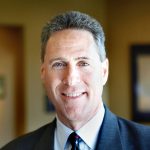 Equity Concepts’ co-founder and managing partner Michael Thaler is one of three national finalists for Invest In Others’ Global Community Impact Awards.

Workshop Digital was named a finalist for SEO Agency of the Year and Best Local Search Marketing Initiative by Search Engine Land for its 2017 Landy Awards.

Kindred Spirit Brewing hosted the Wahoo Cup, a brewing competition between Richmond and Charlottesville breweries. A portion of sales went to the Children of Fallen Patriots Foundation.