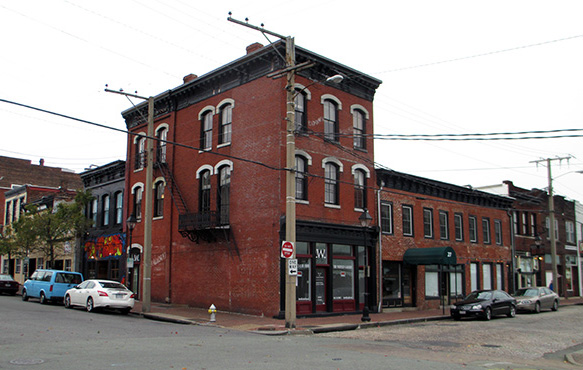 A pair of well-known local restaurateurs are trading in their rent payments for a full mortgage.

Paul Keevil and Linda Lauby, married couple and owners of Millie’s Diner, Lulu’s and Tio Pablo’s Taqueria, have doubled down on their investment in Shockoe Bottom by purchasing five buildings in the neighborhood, most of them fronting the 17th Street Farmers’ Market.

Mark Abba, a business partner with Keevil and Lauby, was also part of the property purchase, Keevil said.

The acquisitions include the buildings that house Lulu’s, Tio Pablo’s and the future Café Clang, a coffee house and bar they’re opening at 29 N. 17th St.

Lauby said their businesses were renting four of the five buildings on the block for their restaurants.

“It was a purchase that made good sense for us in the long run,” she said.

The seller was Midlothian-based Rebkee Co., which purchased the row of properties at the intersection four years ago when plans for a Shockoe Bottom baseball stadium were still in play.

Combined, all six properties most recently were assessed by the city at $1.29 million.

“In the last few years, the Bottom has really turned around,” Lauby said. “Things finally appear to be moving in the right direction, and we felt it was time to invest in the area.” 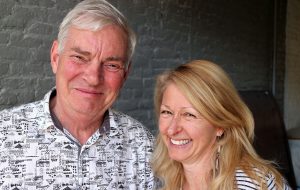 Keevil and Lauby will look to improve some of the buildings, including renovating an apartment above Tio Pablo’s and renovating the space above Lulu’s, which is now mostly storage, to accommodate an office and apartment.

Meanwhile, work continues on Café Clang, where woodworker and VCU alum Sallie Plumley is installing the establishment’s bar and tables.

As part of the 17th Street Farmers’ Market renovation into a pedestrian-friendly venue, Keevil said, Clang and Lulu’s are set to have about 15 feet of outdoor seating along North 17th Street.

Going from renter to owner was almost a proposition that didn’t happen, Keevil and Lauby said. When the couple and their original partner Steve Junna toured the space for what became Lulu’s nearly 10 years ago, the space had been empty since Hurricane Gaston had wrecked Shockoe Bottom.

“Even with the building shelled out, it was a mess,” Lauby said. “The ceiling was caving in, the flooring was terrible … it was in bad shape.”

However, the couple pressed on with Lulu’s – opening the popular brunch and dinner spot in 2007.

Then there was the high crime and weekend violence, which would have deterred some businesses from opening in the neighborhood. But Lauby and Keevil remained, opening Tio Pablo’s in 2011.

“It was a very different area then,” Lauby said. “Business owners were struggling, there were a lot of fights and shootings in the area … I can remember telling Paul, ‘Just sell it off, let’s get out of here.’”

Keevil scoffed at the idea of folding up – even emptying his personal IRA to keep the businesses afloat.

“Leaving just wasn’t an option,” he said. “We believed in the future of this area and in the staying power of our neighbors’ businesses.”

Now, Shockoe Bottom has been on a hot streak of late, as investors and developers have secured a number of properties in the area.

Residential development is rebounding, with the neighborhood second only to nearby Manchester for proposed new apartment and townhome development. Several new restaurants and business ventures are planned, including Startup Virginia, a startup incubator set to fill 36,000 square feet at 1717 E. Cary St.

Chris Tsui’s EAT Restaurant Partners purchased the former River City Diner at 7 N. 17th St., where the company plans to rebrand the eatery. It soon will join Lickinghole Creek Craft Brewery’s taproom at 1717 E. Franklin St. and a future restaurant in space being developed by Blackwood Development and UrbanCore in the former Calypso Café space at 1718 E. Franklin St.

The moves have been fueled at least in part by the city’s efforts to update the area with redevelopment of the farmers’ market and renovations to Main Street Station. Plans also call for expanding the Virginia Capital Trail to Main Street Station and potentially to the Tyler Potterfield Bridge that connects downtown to Manchester.

“It’s just amazing what has happened here over the course of a couple of years,” Keevil said. “We are in love with the neighborhood and the buildings … this really sets us up for the long haul.”

[…] and Linda Lauby also recently doubled down on their investment in the neighborhood, purchasing five buildings mostly fronting the 17th Street Farmers’ […]

[…] 2014, he moved back to Richmond and began as general manager of Lulu’s in Shockoe Bottom. In his time there he began developing management technology as means to make the […]

[…] with office space for an additional three months at The Annex in Shockoe Bottom, which recently was sold as a part of a $1.5 million multi-building […]