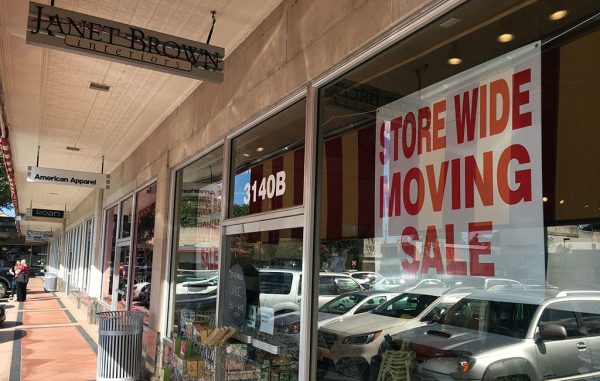 A clothing retailer with southwestern roots is roaming into Carytown for its first store in the state.

Buffalo Exchange, a national chain of secondhand shops that buys, sells and trades women’s and men’s clothing and accessories, has signed a lease at 3140-B W. Cary St. in the Cary Court retail strip.

It will replace Janet Brown Interiors, which is closing both of its Cary Court storefronts as it prepares to move to 1124 N. Boulevard.

Rebecca Block, Buffalo Exchange vice president, said the company had been interested in entering the Richmond market for about a year before securing the location.

“When we did our research, (Carytown) was an area geared toward independent (shops),” Block said.

The 3,100-square-foot store likely will open in February or March 2018, Block said. Colliers’ Susan Jones represented Buffalo Exchange in the lease and Jim McVey of Commonwealth Commercial represented the landlord. 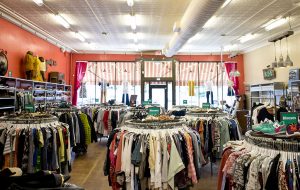 Buffalo Exchange was founded in 1974 in Tucson, Arizona, and has grown to 49 stores in 20 states nationwide, many of which are in California, Texas, Arizona and New York.

Its headquarters remain in Tucson, and its nearest store to Richmond is in Washington, D.C.

Block said while the company is often scanning for new markets, it’s not on an aggressive growth plan.

“We’re kind of opportunistic,” she said. “We definitely assess and open stores where we think we have, or can tap into, a market that’s a good fit.”

Next door at 3140-A W. Cary St., Zest Clothing & Co. plans to open in space vacated by American Apparel, which closed most of its 110 retail stores after being sold to Gildan Activewear.

On the other side of West Cary Street, work is underway on The Jasper, a bar slated to open in late 2017.

And one block east at 3009 W. Cary St., women’s retailer Bonnie’s Boutique opened in August in place of Eurotrash, which closed earlier in the summer.