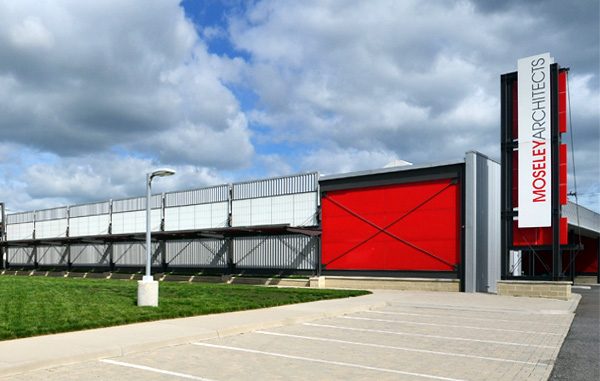 Just weeks after two other local architecture firms announced they are joining forces, a Scott’s Addition-based firm has said it plans to acquire a peer in Maryland that recently established a presence in the Richmond neighborhood.

Moseley Architects announced last week it is combining with Marks Thomas, a Baltimore-based firm that last year established an office in Scott’s Addition in a coworking space provided by Fultz & Singh Architects.

A merger agreement was signed last week and is set to close at the end of the year, said Moseley president Stewart Roberson. Terms of the deal were not disclosed.

The deal adds Marks Thomas’ 48 employees to Moseley’s staff, bringing its total to about 280. Marks Thomas will vacate the space it is subleasing from Fultz & Singh, and its Baltimore office will operate as a 10th location for Moseley, which has six offices in Virginia, two in North Carolina and another in South Carolina.

Roberson said the combination also brings Moseley into multifamily housing, which he said Marks Thomas has specialized in along with senior living design and education projects. He said discussions between the firms began about 15 months ago and accelerated as the firms collaborated on some projects, including a recently awarded middle school project in the Baltimore area.

“Moseley has had an interest in deepening our presence in Maryland for some time,” Roberson said. “We have had considerable success in Montgomery County, Maryland and in other counties, but we were not able to claim Baltimore County yet as a client.

“With Marks Thomas being right there in the city of Baltimore, it was apparent that they had the relationships and the positioning in the K-12 design world for us to go ahead and try out this relationship that we’d been talking about solidifying for the long term.”

Magda Westerhout, one of Marks Thomas’ five principals, said their firm was likewise interested in expanding south, hence its establishing a presence in Richmond last year.

“It was a market we wanted to enter regardless,” Westerhout said. “It was coincidental that this worked out and started unfolding after we decided to open an office in Richmond.”

As part of the deal, Westerhout and her fellow principals will join Moseley’s board and become shareholders of the company, which will continue operating as Moseley Architects.

The merger caps off a 50-year run for Marks Thomas, which is projected to bring in about $11 million in annual revenue this year. Roberson said Moseley’s revenue for this year is expected to total $60 million.

The Marks Thomas deal is the latest combination for Moseley since 2012, when it absorbed Fairfax-based firm BeeryRio.

Roberson said Moseley will keep its eyes open for additional acquisition opportunities, though he expects another five years to pass first.

“To do these right, you probably should only do one every five years,” he said. “You want to be most deliberate in your strategy, and you want to do it well rather than swell. Most importantly, you want to assure that the cultures are compatible and that this is going to be an agreement that is going to work to the best interest of all parties involved, so it takes time to cultivate all of the dynamics to get to this point.”

It also adds to a wave of architecture moves in recent weeks that has seen Petersburg-based Enteros Design open an office in Shockoe Bottom and Chesapeake-based RRMM Architects move its Mechanicsville office to the downtown Cokesbury building. Milwaukee-based Kahler Slater also opened a local office earlier this year.