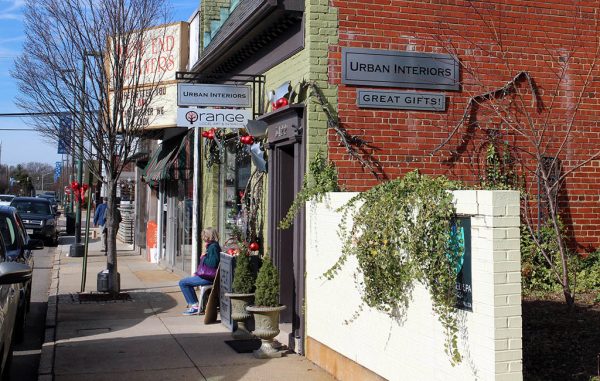 Orange currently operates out of the top floor of Urban Interiors’ shop in Carytown. (Mike Platania)

The lure of Scott’s Addition has hooked a Carytown retailer.

Orange, an art and home décor shop, is leaving West Cary Street in favor of space within Sound of Music Studios at 1710 Altamont Ave.

The shop vacated its original home at 3007 W. Cary St. in spring and has since occupied the upstairs of Urban Interiors’ shop at 3422 W. Cary St.

Owner Cathy Davis said the shop is a place where local artists can have their work seen and purchased by the general public. She opened the business in April 2013.

Over the last few years, Davis said she’s had pop-up shows at various breweries in Scott’s Addition, which helped draw her to the neighborhood.

“It’s such a growing neighborhood with a cool vibe,” Davis said.

The rising rent cost in Carytown also played a factor in Orange’s move. Its former home at 3007 W. Cary St. was sold as a part of a $1.5 million deal that also included 3005 and 3009 W. Cary St. Orange’s lease expired in April and Davis said it would have been too expensive to renew. 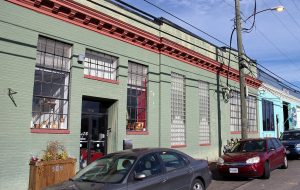 “We’ve basically been priced out of Carytown,” she said.

Orange will occupy part of Sound of Music’s lobby and an adjacent room. Davis said it aims to open in mid-January.

Sound of Music is a recording studio that was founded over 20 years ago and records, mixes and masters music for local and international musicians. Per city property records, it purchased its building in March 2016 for $585,000.

In Orange’s former space at 3007 W. Cary St., Lyn Page and Jane Crooks, owners of a trio of Carytown shops, Ashby, Clover and Clementine, have opened Made, a pop-up shop selling locally made gifts. Made is open daily through Jan. 1.