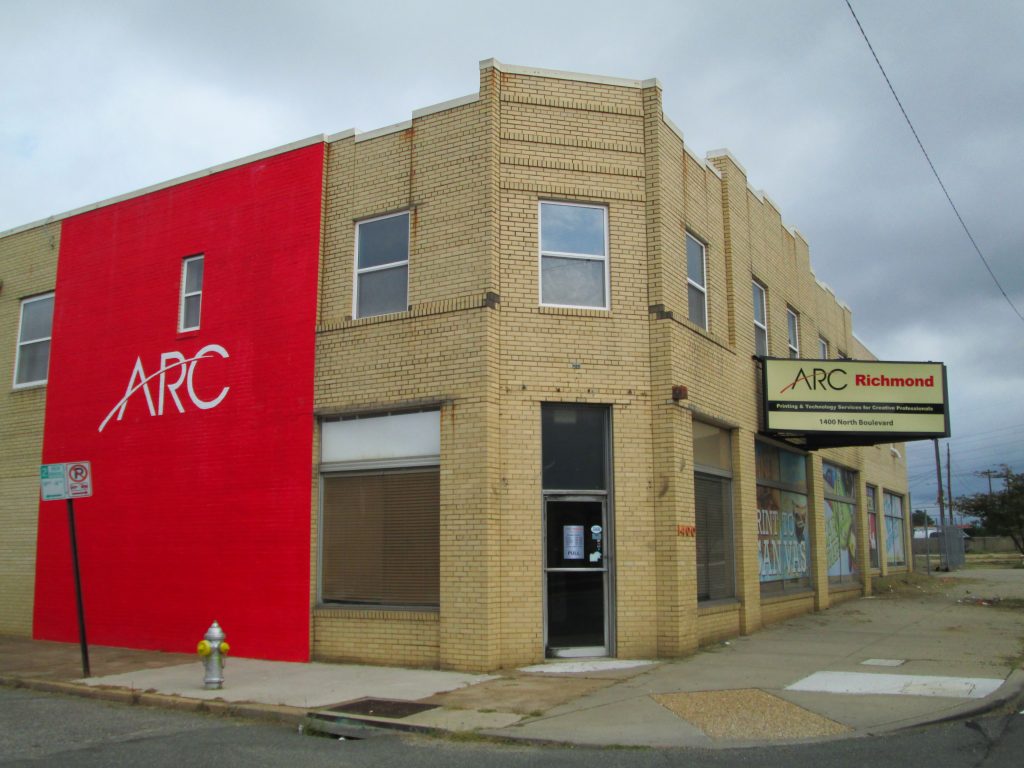 The building at 1400 N. Boulevard has been sold to developers. Photo by Michael Schwartz.

The new owners closed on the 17,000-square-foot building on Sept. 1, paying $1.25 million in the rapidly evolving neighborhood’s latest deal.

The ARC property was put on the market about four months ago, UrbanCore Principal Andy Beach said, and the company and Dodson immediately jumped on it.

“This is an area that is seeing a huge influx of people who want to live there; the location is ideal for us,” Beach said.

The two developers have worked together in the past and recently started work in Scott’s Addition on a second location for co-working venture Gather. 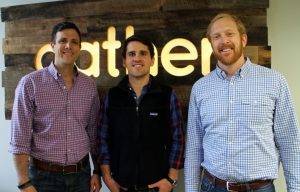 Colliers International handled the ARC listing, with brokers Matt Hamilton and Tyler Miller representing the buyers. Jason Hetherington represented the seller, ACD Partners LLC, which had owned the property since 1986.

Beach said ARC will remain in the two-story building until the end of the year. The renovations will start Jan. 1, with construction wrapping up by the summer of 2016.

The three commercial spaces on the ground floor will provide a combined 8,500 square feet for potential tenants, which could include retail, restaurant or office use.

The building’s second story will have six one-bedroom apartments of around 550 square feet each and five two-bedrooms with about 780 square feet. The six units on the building’s north side will have balconies, and the developers are planning a common area with a fire pit for both commercial tenants and residents.

The entire development is likely to cost about $2.5 million. M&T Bank is the lender, and the developers are pursuing historic tax credits.

UrbanCore’s construction arm, UrbanCore Construction, is the general contractor. Jason Hopkins is the architect on the project.

Dodson described the Boulevard as one of the major arteries of the city, considering all the development that has been taking place in the area lately and the possible redevelopment of the Diamond. A Whole Foods-anchored project is also in the works around the corner on Broad Street. 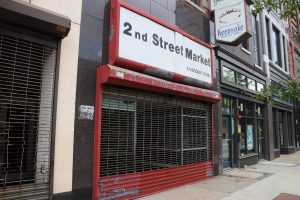 UrbanCore is also getting in on another rapidly changing section of the city, this time on downtown East Broad Street.

The five apartments will all be one-bedroom units at around 650 square feet. A commercial tenant is not yet lined up for the ground floor.

The project will cost about $1.1 million, and a bank has not yet been selected to provide financing. Beach said the company will seek historic tax credits.

Construction should start by the end of this year or early in 2016 and finish up by late spring or early summer of next year. UrbanCore Construction is the general contractor and is working with architect Walter Parks. Parks owns the building directly to the west of 209 E. Broad St.

“We like that section of Broad Street,” Beach said. “With all the new restaurants coming in on Grace, plus the Central National Bank on the same block, we see a huge potential for a resurgence in that area.”

The Central National Bank tower at 219 E. Broad St. is just two doors away from UrbanCore’s property. Washington, D.C.-based Douglas Development Co. is redeveloping the property’s 23 stories into more than 200 apartment units and also owns many of the surrounding properties that will likely see new life once the tower reopens.

And a restaurant row is emerging on a nearby stretch of East Grace Street, where Rappahannock, Pasture and Julep’s are up and running, and a new concept from local restaurateur Chris Tsui is in the works.

“We’re continuing to go out and buy these types of spaces, following bigger developers into these areas and taking the smaller buildings and filling them out so we can provide some amenities in these neighborhoods,” Beach said.

The changing face of The Boulevard! There’s rumors of more deals to come along the corridor. Congratulations though to Urban Core and Dodson for making this move on a great property.

Parking in Scots Addition is already abysmal and crime in the are has been horriffic since the early 80’s . I cerainly would’t buy into this

it has a parking lot attached, and to compare anything Richmond to the early 80’s is insane. C’mon!