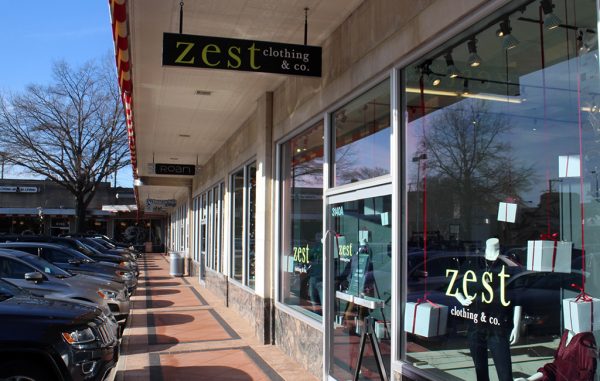 Two sets of serial Carytown shop owners are adding to their respective portfolios in the neighborhood, where two national brands are also moving in.

Tara said they jumped at the opportunity to triple down on Cary Court.

Zest is a new retail concept from the Wegdams, who own 32 shops on the East Coast. While their other local shops are more densely stocked, Tara said Zest is deliberately more open.

“Lou Lou and Creme de la Creme are like a treasure hunt,” she said. “Zest is cleaner, it’s more modern. Hopefully it highlights the clothes and is easier to shop.” 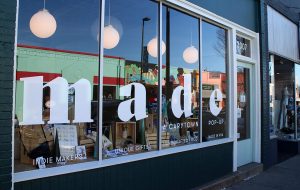 Next door at 3140-B, another clothing shop is preparing to open. Arizona-based Buffalo Exchange, a national secondhand retailer, plans to open in the first quarter 2018 in the former Janet Brown Interiors location.

The space previously housed Orange boutique, which relocated to a temporary space above Urban Interiors at 3422 W. Cary St. Owner Cathy Davis said the company will move to a permanent space in Scott’s Addition in January.

Local artists and makers with products there include cartoonist RVA Coffee Stain, Wolfgang Beard Co. and Maven Made.

Page and Crooks, who own three Carytown shops – consignment stores Clover and Clementine and used-clothing store Ashby – opened Made in late November. Starting Friday, the pop-up will be open daily through Jan. 1.

Meanwhile, a nearby tanning salon is downsizing to make room for a national food chain. The Palm Beach Tan building at 3208 W. Cary St. is being divided in half to accommodate a Domino’s Pizza location.

Note: This story has been corrected to say that Orange boutique moved to a new location. An earlier version incorrectly reported the store was closed.