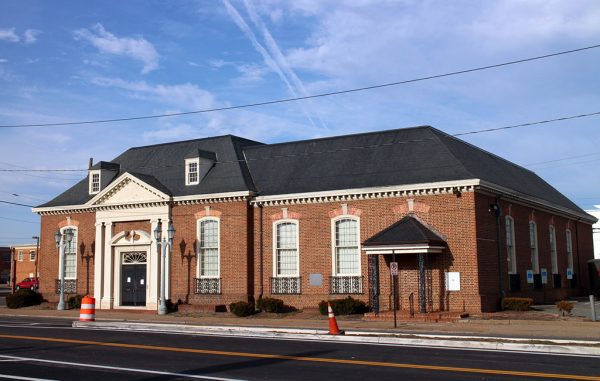 A Scott’s Addition brewery is off the table.

Jay Shah, local restaurateur and executive at Shamin Hotels, along with business partner Joel Gilbert, have scrapped their plan to open Statement Brewing in the old SunTrust bank branch at 3022 W. Broad St.

“After two years of design, and going through the motions submitting for tax credits, we got outright rejected,” Shah said.

Their designs included a mezzanine level and outdoor beer garden, but those features would have had to be eliminated in order to get the tax credits.

“We really worked hard and went extra steps to preserve it,” Shah said. “It was surprising to me, our architects and our consultants. It seems like we just had bad luck.”

Shah said they initially didn’t want to depend on tax credits to build the brewery, but the cost escalated during the design phase mainly because of the historic nature of the building. He said Statement was going to be an $8.5 million project. They paid $1.7 million for the property in early 2016.

Shah said they’ve spent about $1 million securing permits, signing a contractor and buying brewing equipment, which is in storage.

Statement isn’t totally dead in the water, as Shah said they are exploring other locations.

“We’re continuing to look at other spaces, not necessarily in Scott’s Addition but all over town,” he said, noting they’ve checked out downtown and the Far West End.

As for the future of the former SunTrust building, Shah said they’re mulling options, which may include selling.

“I’ve been inundated with offers but haven’t made any final decisions,” he said.

Together, Shah and Gilbert own a pair of restaurants in Short Pump – Keagan’s Irish Pub & Restaurant in West Broad Village and Mellow Mushroom in GreenGate, which opened last spring.

With a growing brewery seen, Manchester’s Allegheny warehouse site has some great old buildings perfect for a brewery!

This is a shame, That is a great looking building and an awesome spot with Parking, exposure to Broad Street and the Pulse Bus line right there. That would been an awesome spot for a restaurant/brewery! I hope they decide to go through with it there or sell to a group with the same concept.