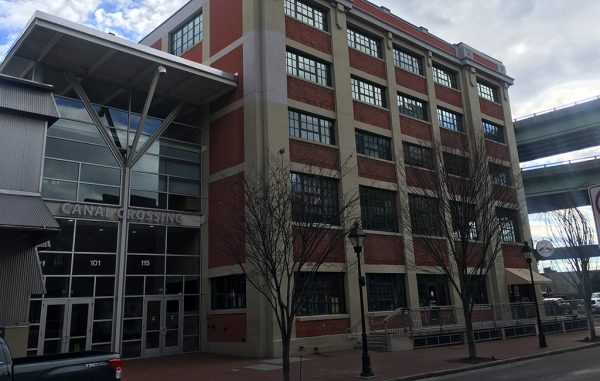 A new venture, Shiplock Brewing, is looking to take over the former 7 Hills Seafood & Brewing Co. space at 115 S. 15th St., according to a license application filed last month with the Virginia ABC.

The former 7 Hills space is owned and managed by locally based Fulton Hill Properties.

Jon Ondrak, Fulton Hill’s chief operating officer, confirmed the space has been leased to an unnamed tenant, but he did not identify Shiplock or who is behind it.

7 Hills closed in January after about three years. Its brewing and restaurant hardware promptly went to auction, where the landlord purchased it with an uncontested bid of $25,000.

Located near the intersection of South 15th and Dock Streets and about a mile west of Great Shiplock Park, the space was home to bars Major Willy’s and Stool Pigeons, which closed in 2013 and 2010, respectively.

Southern Railway opened in 2013 and is owned by the group that also owns District 5 in the Fan. It plans to add a bar-arcade concept to the second floor of the Southern Railway building.