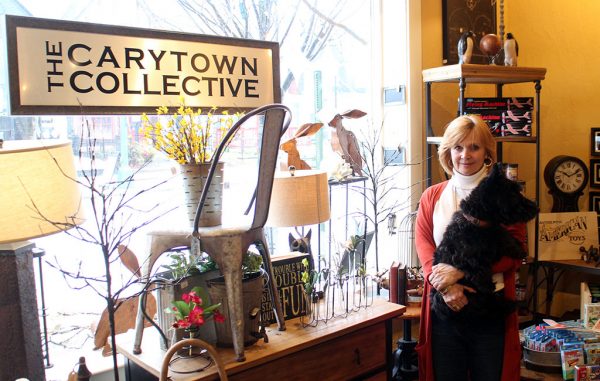 As coworking spaces grow popular as an alternative to offices, a local shop is trying out a retail version of that concept in Carytown.

Urban Interiors, a home decor, gifts and furniture store, recently opened up its shop at 3422 W. Cary St. to other retailers in a venture that owner Paula Rhoads has dubbed the Carytown Collective.

Rhoads said she’d been considering the concept when she heard last summer from Cathy Davis, owner of fellow Carytown shop Orange, which had been looking for a space after leaving 3007 W. Cary St.

“When I heard (Davis) was not able to stay in her space, it seemed to make good sense to have her here,” she said.

Orange spent about six months in Urban Interior’s building before finding a permanent home in a Scott’s Addition space where another retailer set up shop shortly after.

The experience gave Rhoads the confidence to go full-on into the Carytown Collective idea.

“It showed me my space was viable as a rental space for somebody else,” she said.

Rhoads, who owns the building, said she’s offering three-month leases to tenants in the Carytown Collective.

“The idea is to have it ever-changing. If it works out, they’re welcome to stay. If not, they can move along. This way it’s not so scary for them to try retail,” she said. “I’d love to have people walk by and say, ‘Oh let’s see what’s in there now.’” 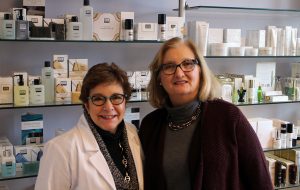 One of the more permanent tenants at the space is Elements of Carytown, which sells beauty products and relocated from across the street at 3425 W. Cary St. Elements is occupying to top floor of the Carytown Collective where it operates a retail and online store.

Basket & Bike owner Anne Poarch said she was interested in having a physical presence to sell branded helmets, T-shirts, cards and other memorabilia at the Carytown Collective.

“Since I’ve been busy building my tour business, I haven’t spent time marketing my products. I wanted to get it out there; it’s a good opportunity,” Poarch said.

Last spring, Poarch was part of a group that announced plans to open a market along the Capital Trail roughly halfway between Richmond and Yorktown. She said those plans have been scrapped.

“It was with a heavy heart that we had to let it go. We didn’t have the physical resources or finances to make it happen,” Poarch said of the project, which had been dubbed the Herring Creek Market.

Farther west in Carytown, a national retailer is making a play in one of the district’s larger spaces.

Earlier this month furniture and home decor retailer West Elm announced plans to open a store at 3117 W. Cary St. The space is currently occupied by W. Hirsch Oriental Rugs, which will close at the end of April.