Kroger is now offering sales of beer and wine through its online ordering platform, ClickList.

The University of Richmond’s Osher Institute for Lifelong Learning, a subsidiary of its School of Professional and Continuing Studies, received second-year funding for its Osher Capacity-Building Grant from the Bernard Osher Foundation.

The Goochland County Board of Supervisors held a dedication ceremony for the Central High School Cultural and Educational Complex at 2748 Dogtown Road in Goochland. 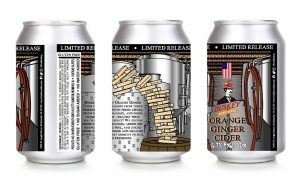 Buskey Cider released its first limited can run with its Orange Ginger Cider.

VCU Medical Center received verification as a Level 1 trauma center from the American College of Surgeons.

HHHunt was named Developer and Builder of the Year at the Home Building Association of Richmond’s Major Achievements in Marketing Excellence Awards.

JoycePayne Partners, a local financial planning firm, was named one of the Top Financial Advisors in the country by Barron’s newspaper. 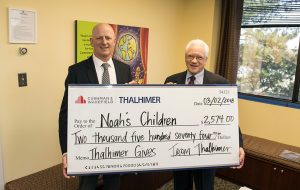 The Rotary Club of Richmond donated $25,000 to Richmond Metropolitan Habitat for Humanity.

Dominion Energy provided a $5,000 grant to Family Lifeline, a nonprofit which provides help to individuals and families in need.

The University of Richmond’s Alumni and Career Services department received an $11,000 grant from Altria.

Essex Bank held a groundbreaking ceremony for its latest branch in the Stonehene Village shopping center in Midlothian.

Susan Dubuque of ndp authored a new book titled “Gearing Up for Population Health: Marketing for Change,” which was released this month.