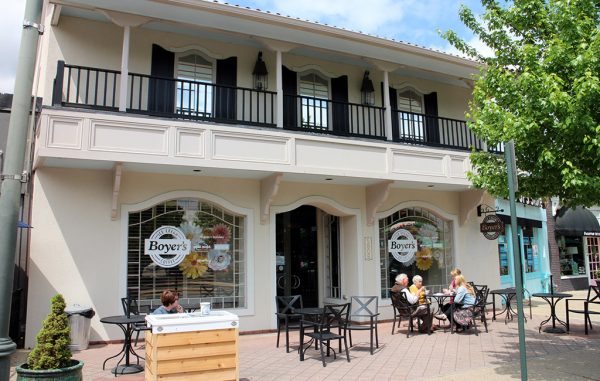 The office space adjoins Boyer’s Ice Cream and will have access through the store. (Jonathan Spiers)

One year after its founders jumped ship from a national brokerage to start their own firm, a fast-growing player in local residential real estate is marking its first anniversary with plans for a second office.

Shaheen, Ruth, Martin & Fonville has signed a five-year lease for a 6,000-square-foot space at 5808 Grove Ave., one of three buildings that make up The Grove property that also houses Boyer’s Ice Cream and Coffee, Alton Lane and The UPS Store.

Shaheen said the firm will fill about 5,000 square feet behind Boyer’s, which will remain in its 1,200-square-foot storefront through a sublease. He said the office will be accessible through the store and via a rear entrance for direct access.

“It’s very Mayberry-esque,” he said, “that you walk through the ice cream store to go to our store.”

Shaheen said SRMF’s growth has necessitated the additional space, which will add to the company’s 3,000-square-foot headquarters at 420 N. Ridge Road and a 1,000-square-foot annex space up the street along Forest Avenue.

Since launching last May, SRMF has grown to 71 agents and closed upwards of 500 properties and $175 million in transactions, Shaheen said.

He said the company has wanted an office presence at Libbie and Grove, a neighborhood that is home to several competitors including Joyner Fine Properties, Coldwell Banker Avenues and Engel & Volkers.

It is also home to an office for Long & Foster, the brokerage from which Shaheen and partners Scott Ruth, John Martin and Mahood Fonville defected to launch SRMF. The departures prompted a lawsuit from the brokerage, which ultimately dismissed the suit through a settlement. 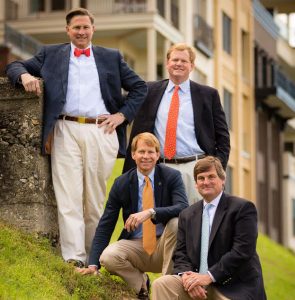 Long & Foster is planning to nearly double its office space as part of the Westhampton on Grove development that’s replacing the former Westhampton Theater. (Fun fact: SRMF’s space in The Grove is in a 1930s-era building that originally housed a movie theater that competed with the Westhampton.)

The Grove hit the market in March with an asking price of $2.9 million for all three buildings. Shaheen said the lease would survive any sale. Rilee and Markham with One South have that listing.

“Being down there in the Grove and Libbie area is one of our goals,” said Shaheen, a former regional senior vice president for Long & Foster. “We’re very excited about our future and where we’re headed.”

Shaheen said the firm plans to open on Grove Avenue in late August. 510 Architects is designing the new space and handling buildout.

He said the space will provide additional offices for agents, conference rooms and a designated space for Townebank, which Shaheen said is SRMF’s preferred lender. Signage on the building’s exterior is also planned.

In addition to growing its agent roster, SRMF has secured some exclusivity agreements over the past year, signing on as the exclusive agency for Tuckahoe Creek, a Goochland subdivision by Bill Goodwin’s Riverstone Properties, and for the final phase of Tarrington on the James, a riverside community in Chesterfield by Realty Ventures Group.

The company also represents Westport at Ford’s Colony, a 43-lot subdivision in Williamsburg.