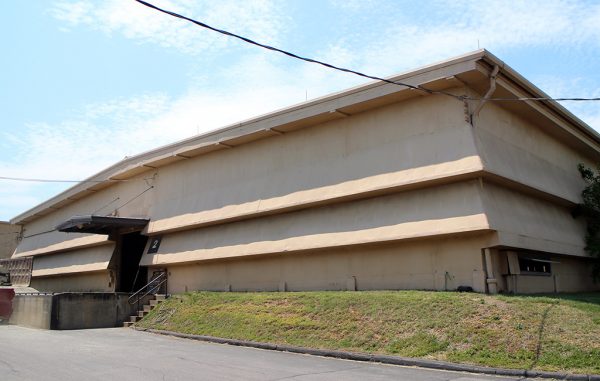 Hatch will open in Building 2 at Clopton Siteworks. (Mike Platania)

A new take on local coworking is coming to the city’s Southside, with a popular Richmond ice cream maker in tow.

Hatch Kitchen RVA, a commercial kitchen/coworking hybrid, is preparing to open at 2601 Maury St. in the Clopton Siteworks development.

Hatch will be a commissary kitchen for local food businesses, offering memberships for access to a large kitchen area outfitted with cookware, dry storage, fridge space and common areas.

Green said he identified the need for a place like Hatch as he was starting Texas Beach in 2015.

“There aren’t great facilities for culinary products and those starting a food business here in Richmond,” he said. “Everyone who starts a food business is going to run into the same problem.”

In addition to the physical resources, Green said, Hatch will be a “food incubator” of sorts by bringing in mentors, investors and marketers as well as hosting classes to help food businesses grow.

“We’re developing a list of people who’ve agreed to be mentors for things like product development, intellectual property laws, or just straight-up business mentors,” Green said. “People might know how to make great pickles but not balance their books.”

Hatch will be in Building 2 at Clopton Siteworks, a 38-acre redevelopment of old tobacco storage warehouses by Lynx Ventures, a development group that split from Fountainhead earlier this year.

“We’ll have access to the whole 20,000 square feet, and we’ll see what we’ll need to build in the remaining space after the kitchen and cafe,” Green said.

Hatch is looking to open in August, and Green said it has interest from plenty of prospective members, such as consumer goods companies and food trucks.

One of Hatch’s members will be Nightingale Ice Cream Sandwiches.

Nightingale currently produces its ice cream in a commercial kitchen in Henrico, and Meers said they had been looking for space in the city when they heard about Hatch.

“We love the idea of being with other small businesses there, where we can go and learn from each other,” Meers said.

Nightingale, which often collaborates on flavors with local breweries like The Answer, Vasen and Hardywood, is at maximum capacity for production in its existing space. Meers said it plans to bring on some staff once moved into Hatch.

Green said they’re prepared to tweak offerings at Hatch as they go, based on member demand.

“As we find out what (members) are interested in, we’ll be working to bring certain kinds of classes to Hatch,” he said. “It’s always going to be constantly morphing and changing.”

Green is a Virginia native and lifelong restaurant industry vet, having worked previously at Comfort downtown.

He’s still involved with Texas Beach Bloody Mary, which now has a distribution footprint spanning the East Coast and a deal to sell products in all Wegmans grocery stores.

PermitZip did the mechanical, electrical and plumbing drawings for the Hatch space.

What a great idea! Welcome to the neighborhood!

This is wonderful news! The food and beverage entrepreneurial spirit is alive and flourishing in RVA. These services will encourage and remove the obstacles we see with so many of our start up customers looking for help marketing and developing their wonderful ideas.
Pam Davis
President and Founder
Packaging Products of Virginia