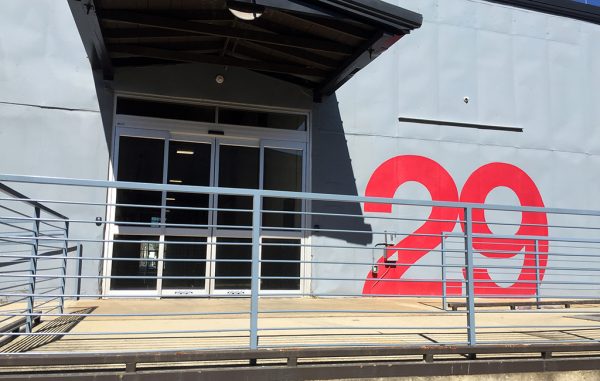 Two local escape room operators have a new Manchester venture up their sleeve – and they’ll do it with a little help from Edgar Allan Poe.

The pair has leased 10,000 square feet at 2601 Maury St., Building 29, for what Czarda said will be one of the largest escape rooms on the East Coast. Warehouse 29 will host one large, 90-minute to two-hour experience with multiple rooms within it.

“It’ll have a theatre with actors involved, and a large virtual-reality component to it,” Czarda said. “We’re mixing the genre of escape rooms with the VR tech.”

He said each game will begin with players meeting at a local bar or restaurant, where a driver will pick them up, in character, and bring them to the site.

Warehouse 29 will be thematically based around one of the most famous literary figures to have ties to Richmond. 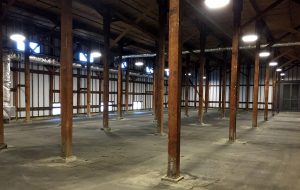 Warehouse 29 will host one large experience at a time, with multiple rooms. (Mike Platania)

“We’re basing most of it on Edgar Allan Poe – each room will be based on different Poe story,” Czarda said.

Williams’ and Czarda’s first escape rooms are in shopping centers off of West Broad Street and Three Chopt Road, respectively, and Czarda said they were drawn into the city by ongoing development activity in Manchester.

“I really think it’s going to be the next Scott’s Addition,” Czarda said. “There’s already rapid development over there. There are tons of apartments and it’s becoming rejuvenated really quickly. The property itself is really cool.”

The escape room craze struck Richmond in 2015 and hasn’t slowed much since.

Can’t wait to experience this!

We definitely want to participate. It sounds awesome!

[…] To read the full artcile, visit Richmond BizSense’s: A Descent into the Escape Room: Local operators partner up for warehouse venture. […]

Josh is a great guy. I remember the first rooms in 2015. He has truly mastered his craft and is one of the most creative minds I have met.