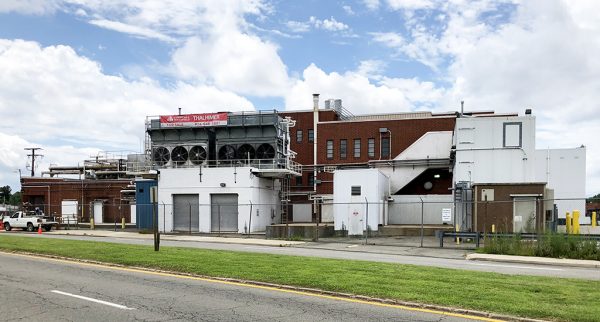 The large tanks at the former PET Dairy facility at 1505 Robin Hood Road were recently removed.

Correction: An earlier version of this story omitted two unimproved parcels that were part of the deal, bringing the total land acquired to 6 acres and the assessed value to $4.29 million. The building on the site is 108,000 square feet, not 70,000.

A local development firm is looking to milk an opportunity out of a recently shuttered industrial site near The Diamond.

The deal includes the onsite 108,500-square-foot distribution and warehouse building, which was put out of use in August 2017 by the seller: Charlotte, North Carolina-based Land-O-Sun Dairies, a subsidiary of Texas-based Dean Foods Co.

The city most recently assessed the property for about $4.3 million.

Matt Raggi, a principal with Thalhimer Realty Partners, said in an email Wednesday that the firm’s long-term plan is to redevelop the site, but no plans have been filed. 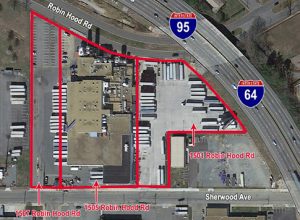 The deal included three parcels, including the facility itself and parking.

“We found the property’s size and location of particular interest as well as the visibility from I-95,” he said.

In the meantime, Raggi said the company plans to lease the facility to potential users.

“The property will be leased as we think the proximity to the interstate, abundance of secured parking and 70,000 square feet of warehouse space will prove attractive to a variety of tenants,” he said.

TRP, which serves as the development arm for local commercial real estate brokerage Cushman & Wakefield | Thalhimer, is behind several mixed-used and residential projects across the city, including the continued expansion of City View Landing in Manchester, and the conversion of a 106,000-square-foot warehouse at 1500 Roseneath Road in Scott’s Addition into prime commercial space that has netted Community Foundation’s headquarters and Tazza Kitchen.

The Pet Dairy facility dates to 1965, when Richfood – then a wholesale grocery distributor prior to merging with Supervalu Inc. in 1999 – established its milk operation at the location.

The site has sat vacant since Dean Foods closed the facility last summer, laying off 75 workers and shifting operations to its facilities in the Triad region of North Carolina.

Much of the property is fenced off, and many of the towering milk tanks that could be seen from I-95 and Robin Hood Road have been removed.

The site is one of several moving pieces in a nearly 65-acre redevelopment puzzle that may converge within the vicinity, involving mostly city-owned land around The Diamond along Boulevard and the state-owned Alcoholic Beverage Control headquarters, which is next door to the Pet Dairy property.

State legislators have given approval to ABC and the Department of General Services to negotiate a deal with Tennessee-based H&M Co. to construct a new ABC headquarters in Hanover County.

Once moved by the summer of 2021, the ABC site has been flagged as a redevelopment opportunity for public and private investment – and has been rumored as a potential site for a new baseball stadium to replace the aging Diamond and free up its land for re-use.

the Boulevard area and Manchester have to the hottest development areas south of the Rappahannock. everyday brings us something new. yesterday morning’s tour of Symbol shows what imagination and savvy can do to create the silk purse from the sows ear in Scotts Addition. I heard the Tuesday tour of 7West in Manchester was equally impressive. The Renaissance of Richmond continues.

Funny article mentions their projects and fails to mention MGT that worked on those project or all the legal issues that face them.