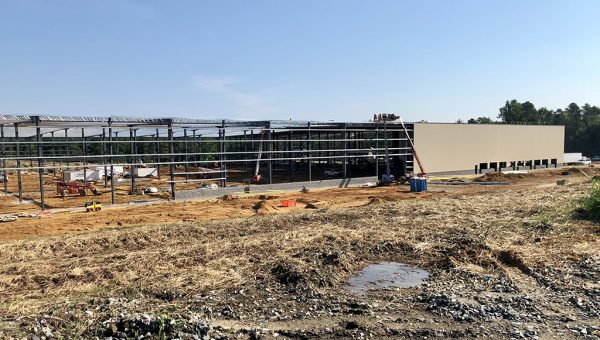 A big industrial development under construction in Chesterfield County’s Bermuda District may have a new owner upon its completion.

Hampton Roads-based real estate firm Armada Hoffler has entered into a contract to sell its build-to-suit distribution plant that’s taking shape at 1608 Willis Road for $25.9 million, according to a July 31 SEC filing from the publicly traded company.

Armada Hoffler is building the 220,000-square-foot building for PepsiCo. However, the filing did not identify whether Pepsi is the buyer or if it’s another party that would lease it to the soda maker. 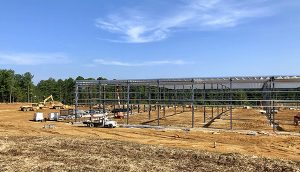 The facility is expected to be completed later this year.

The transaction is set to close during the fourth quarter, the report said, which is around the same time the building is scheduled to be delivered to the beverage company.

Calls and an email to PepsiCo were not returned by press time. Armada Hoffler also could not be reached for comment.

PepsiCo has not publicly disclosed what will be housed in the facility. The company operates several distribution hubs across Virginia, including a longstanding facility on Mechanicsville Turnpike in Henrico County, and locations in Petersburg and Newport News.

Armada Hoffler disclosed earlier this year that it purchased the 177-acre site on Willis Road, where 27 acres of the property would be dedicated to the Pepsi facility.

Pepsi’s pending arrival adds to a growing collection of major industrial users either opening or expanding operations in the county.

Michigan-based vacuum cleaner maker Bissell Inc. acquired about 40 acres at 1200 Battery Brooke Parkway in the James River Industrial Center, a parcel that once was slated to be part of the planned 650-acre Shandong Tranlin Paper Co. factory. Bissell is planning a 611,500-square-foot industrial complex to be built in phases.

Devon USA has broken ground on a $20 million, 321,000-square-foot spec warehouse property on a 44-acre plot in the James River Logistics Center at 1601 Bellwood Drive.

Lot of big employers moving into this area. Good for local businesses and the community.