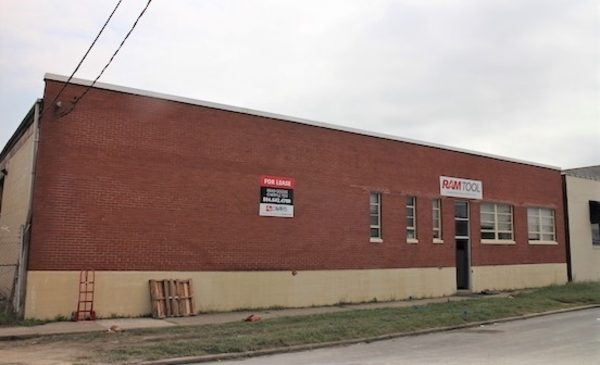 Aerotek is taking a building that was formerly occupied by a construction supply company in the Northwest side of Scott’s Addition. (Mike Platania)

A global recruiting company is moving its local workforce from the Willow Lawn area to Scott’s Addition, marking the second sizable office deal in the neighborhood in recent weeks.

Aerotek has signed a lease to relocate its Richmond operations to 1901 Roseneath Road after 10 years in One Holland Place at 2235 Staples Mill Road.

The company’s new 13,000-square-foot building previously was occupied by Ram Tool Construction Supply Co. and is set to be completely renovated to make way for Aerotek, which will be the lone tenant. 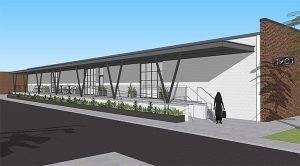 A rendering of the planned exterior for Aerotek’s new space. (510 Architects)

“The entire building is going to look completely different,” said Kim Sneeder, Aerotek’s director of business operations. “They’re changing out everything from windows to painting. It’s a complete remodel.”

Brokers Read Goode and Cheryle Toy of Divaris Real Estate represented the landlord in the deal.

Aerotek, which has over 200 offices across the U.S., has a staff of 40 locally, and Sneeder expects that number to rise.

“We’re projected to double in size in the next five years,” she said. “We’ve outgrown our current space, and I wanted to make sure we had enough space to grow into.”

Aerotek aims to be moved into the new space by Feb. 1.

The building was sold for $608,000 on July 17 from James River Petroleum Inc. to 1901 LLC, an entity whose registered agent is local attorney Christina Hart.

510 Architects is designing the project, and Trent Construction is the general contractor.

Aerotek serves all of Greater Richmond and has about 200 local businesses as clients. Sneeder said they’d been looking for a new space for over a year, but kept coming back to Scott’s Addition.

“Our territory goes from Dinwiddie up to Fredericksburg. I knew I wanted to be in Richmond or the surrounding areas. We canvassed all the opportunities, including the West End and Southside,” Sneeder said. 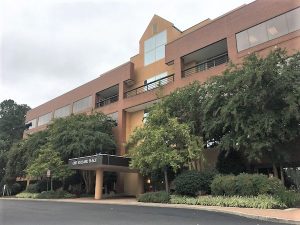 Aerotek joins a growing number of companies moving offices from the counties to Scott’s Addition.

Financial firm Nasdaq Dorsey Wright recently signed a lease to take the final space in the redeveloped HandCraft Building. Construction company Whiting-Turning is moving into The Spur, a mixed-use development at 1519 Summit Ave. The Community Foundation is heading to 3405 W. Moore St. All three companies had been based in Chesterfield.

And this month, Ippon Technologies signed a lease to fill about 10,000 square feet of the former Old Dominion Paper warehouse space at 3431 W. Leigh St. It will be vacating Power Plant at Lucky Strike at 2700 E. Cary St. in Shockoe Bottom.