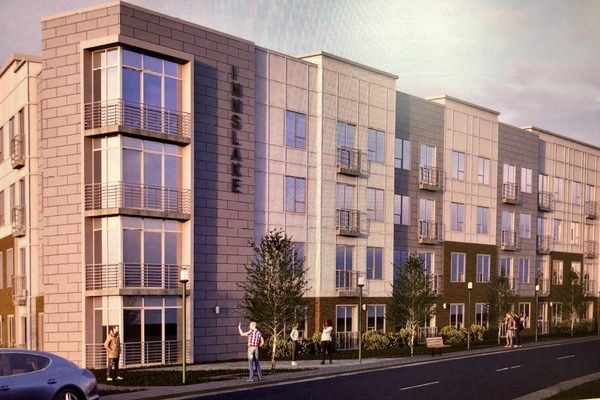 Rendering for the second phase of Innslake Place. (Courtesy of Henrico County)

Residential density in the Innsbrook office park appears to be gathering steam, as a local development group is pushing ahead with plans for a second wave of new apartments before even beginning construction on the first phase.

Plans call for a five-story, 121-unit apartment complex to rise on an existing surface parking lot next door to the Benchmark Mortgage Cos. building on the site, according to documents filed with the county. The apartment building would wrap around a three-level, 255-space parking deck for office tenants and residents, and include a courtyard and improved walkways with enhanced landscaping.

That phase would add to the first piece of Innslake Place which looks to bring a total of 221 apartments to the 4-acre parcel at Innsbrook Drive and Dominion Boulevard that was rezoned under the county’s urban mixed-use (UMU) designation. 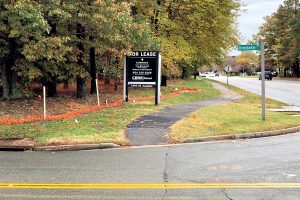 Site work for the first building for the Innslake Place apartment project is about to begin. (J. Elias O’Neal)

WAM already has been granted construction approval by county planners for the first phase of the development – a 100-unit, five-story building set to rise on a wooded section near the Innsbrook Drive and Dominion Boulevard intersection.

While a construction timeline has not been released for the project’s first building, orange fencing and ground stakes have cordoned off the site being primed for immediate development.

A construction timeline for the second phase was not disclosed in the site plans.

Neither Marchetti nor WVS’ Richard Souter returned calls or an email for comment Tuesday afternoon.

WAM Associates purchased the Innslake Drive parcel for about $4 million in 2008. The existing two-story, 28,400-square-foot office building was constructed in 1984, according to county property records.

It’s unclear whether WAM plans to update or redevelop the existing office building. 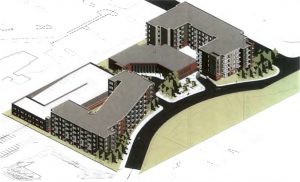 The layout of the planned development. The two buildings and parking deck would be built around the Benchmark Mortgage Cos. building. (Submitted)

The development team will be among the first to bring a multifamily residential component to the sprawling network of office buildings and shopping centers, and taking advantage of the UMU zoning.

Highwoods Properties received approval for a UMU district on 40 acres southwest of Cox Road and Sadler Place in 2012, but that parcel remains undeveloped.

Just south of Innsbrook, Steve and Jack Middleton of Richmond-based Commonwealth Properties LLC were granted approval by the county Board of Supervisors in June to rezone a 5.4-acre tract at 3500 Cox Road from office use to UMU for an apartment development. Construction is slated to begin in 2020.

In-fill of apartments on shopping center parking lots and under developed office parks is the next logical wave of development locally. We have far too many empty and under utilized properties to continue a course of expanding public services further and further into the burbs. innsbrook, Regency Mall, Virginia Center Commons . . . Others like it are obvious choices. Already apartments are under way at Westchester and Watkins Center and more are on the way at Commonwealth Center. We must provide housing that will provides incentives for people to live near where they work and shop.

You had me until the last sentence. What incentives are you talking about and who is supposed to provide them?

I’m not referring to financial incentives, unless its something from an employer to offset housing costs near their place of business. So perhaps I’ve used the term incorrectly. I am referring to building housing in proximity to employment and shopping so that the short commutes or surrendering altogether the need for a vehicle will offset some of the expense of the high cost of housing.

But thanks for asking the question.