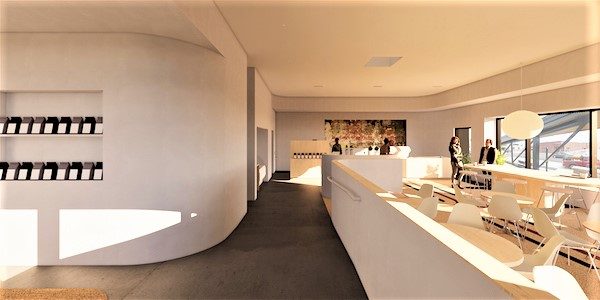 A local coffee roaster is ordering a double shot of new cafes for its first try at running retail locations.

Blanchard’s Coffee Roasting Co. is planning to open two storefronts in Richmond: one at 3121 W. Broad St. across from Scott’s Addition and the other at a forthcoming development on the Southside at 4910-30 Forest Hill Ave.

The company aims to open both shops within about a year of each other, with Broad Street opening this summer and Forest Hill in summer 2020. 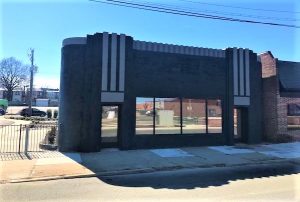 Blanchard’s will open on West Broad, not far from the GRTC Pulse bus station.

David Blanchard founded the company in 2005 in Forest Hill and since has moved its wholesale operation to 1903A Westwood Ave., which will continue to house its roasting operation.

The brand also has an online store, which Blanchard’s spokesman Stephen Robertson said helped fuel the move toward having its own coffee shops.

“With ecommerce we have a really great ability to really make sure our customers are getting the information we want them to have about the coffee they’re drinking,” Robertson said. “It kind of made us really get more serious about the retail shops.

“We’re realizing how much better it is for us to talk directly to our customers and we want to have that opportunity face to face,” he said.

Robertson said they’re leasing both storefronts and each cafe will be about 1,500 square feet. Fultz & Singh Architects is designing the spaces. PermitZip is handling mechanical, electrical and plumbing drawings.

“The cafes are going to be similar in a lot of ways, while still having a little bit of uniqueness to kind of cater to each neighborhood,” Robertson said. 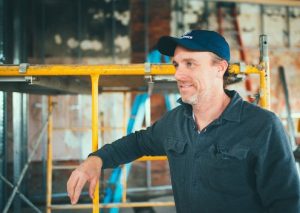 Blanchard’s will share its building on Broad Street with The Edge Golf Academy, an indoor golf simulator venue that opened last month. The building was once a Chinatown bus station.

In Forest Hill, Blanchard’s will go into a mixed-use project from a group led by developers Birck Turnbull and Charles Bice, with The Veil Brewing Co. and ice cream shop Charm School Social Club also signed on for commercial space.

Robertson said both shops will have pastries and grab-and-go sandwiches from local suppliers such as Stella’s Market.

Elsewhere in the local coffee market, two new shops are percolating in the Carytown area. Roastology Coffee is moving its operation to 2701 W. Cary St., and Fuel Pump RVA is set to take over 3200 W. Cary St. after 10 Italian Cafe closed there late last year.

Congrats to David and the entire Blanchard’s Coffee family.

I hope there are plans to expand and open a location somewhere in the Short Pump area!