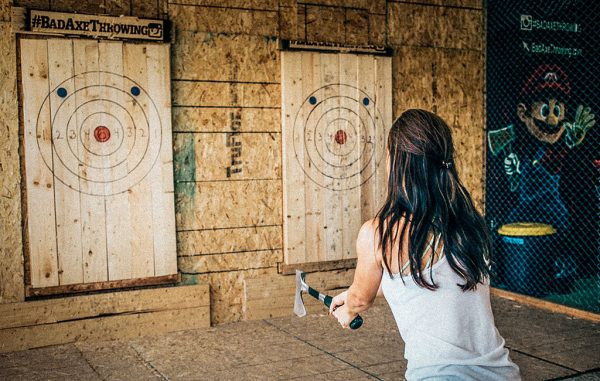 Bad Axe will no longer open its planned location in the Fan area. (Bad Axe)

A Canada-based company’s deal to open an axe-throwing bar on the edge of the Fan has been scrapped.

Bad Axe Throwing, which has a dozen locations around the country, no longer is working to open its first Virginia location at 2035 W. Broad St. above Pies & Pints restaurant.

Elizabeth Clipp, who was part of the ownership group that bought the Broad Street building for $500,000 in 2015, confirmed that the deal is off.

Bad Axe also has withdrawn its ABC license application for the Broad Street space. It’s unclear whether the company still plans to come to Richmond in another space. Owner Mario Zelaya could not be reached for comment. 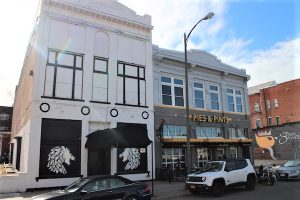 The owners are looking at other creative uses for the space above Pies & Pints on Broad Street. (BizSense file photo)

Clipp said she and the other owners are looking into other creative uses for the 5,000-square-foot space.

Meanwhile, another axe-throwing venue claims to have secured space for its first Richmond outpost, although it’s keeping the details under wraps.

Martens wrote in an email to BizSense in recent weeks: “We won’t announce (the exact location) until we are right about to open. It’s going to be a surprise.”

Kraken currently has one location in D.C. and plans to open 11 locations nationwide, as per its website.

Axe throwing is growing as an entertainment trend throughout the U.S., and first arrived in the Richmond region last year when G-Force Karts added it to its offerings in Henrico, followed by The Virginia Axe Co. opening in Rockville.

I could not imagine a worse idea than mixing alcohol and axe throwing. Seriously?

The thought is as hilarious as the title of the article, “…axe-throwing bar gets axed.” Perhaps the best title for an article on Bizsense yet?

G-Force Karts dropped the axe throwing a while ago and they have moved into the Richmond Raceway complex. The are only an outdoor go kart track now.

https://www.thevirginiaaxecompany.com/ is a block from Midnight Brewery so you can have a beer AFTER you get your Axe on.