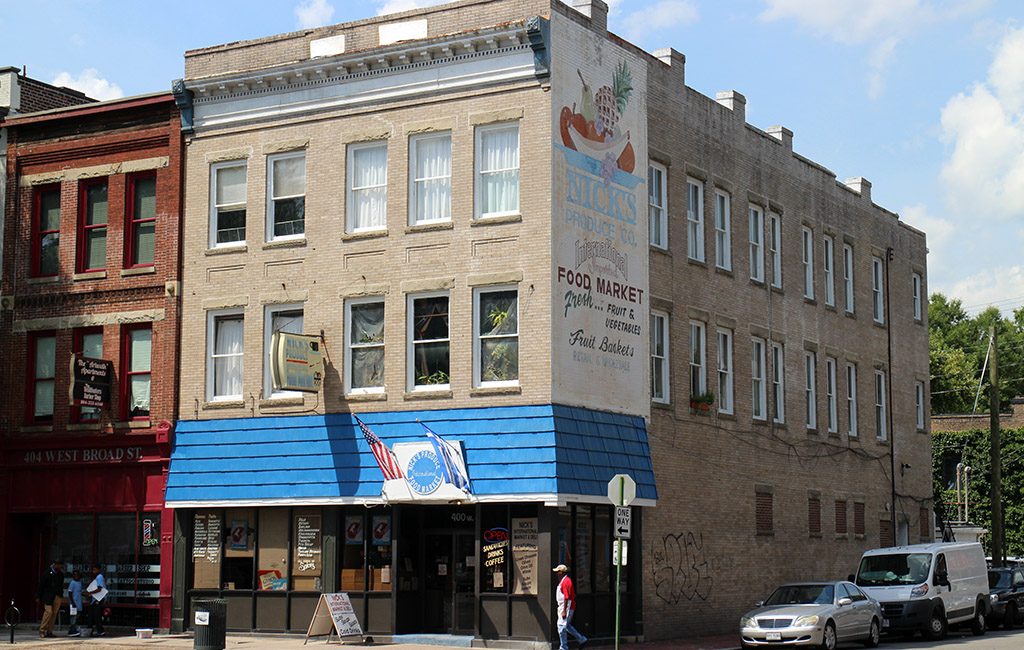 Circle Thrift & Art Space is set to open in a space most recently occupied by Nick’s International Foods. (Photos by Mike Platania)

An Arts District thrift shop that shut down late last year is set to re-emerge up the street.

The thrift store was formerly open at 7 W. Broad St. from 2014 until late 2018, when it moved out about a year after local developer SNP Properties bought the building and several neighboring properties.

Circle Thrift owner Brendan Ginsburg said they spent the first part of this year searching for a new spot, ultimately signing on for the 2,800-square-foot former deli, which is larger than the shop’s 1,700-square-foot home.

“It was disappointing at the time, but I think it’s been a blessing in disguise,” Ginsburg said of having to move.

Ginsburg said they’re planning to keep the concept for the shop generally the same – selling secondhand goods such as clothes, records and decor, and also operating as an art gallery – with a few unspecified “new ideas” that he said haven’t been finalized.

Circle closed in late 2018 after its lease ran out.

Kerry Riley of Joyner Commercial handled lease negotiations for the Nick’s space, which was left empty when the deli moved to the West End last year. Nick’s owner Manuel Mouris sold the building in 2017 and moved to the Westwood area last year.

“We’re pretty much good to go,” he said. “It’s overall a good space, almost ready to go. It just needed a couple weeks of work.”

Circle Thrift will be at least the third new shop to open in the Arts District area in 2019. Never Enough Books and Pop City opened this year at 318 and 106 W. Broad St., respectively.