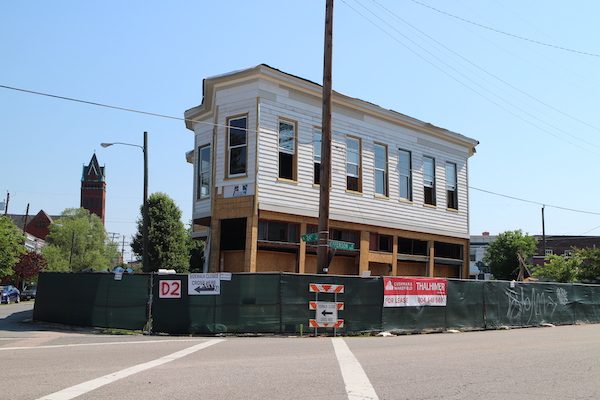 3S Yoga is aiming to open this fall in Union Hill. (Mike Platania)

The commercial piece of a redevelopment project is taking shape.

3S Yoga has signed a lease to open a studio at 2402 Jefferson Ave., a triangular building that’s being redeveloped by Matt Jarreau and Daniil Kleyman.

Behind the studio is Nadeya Ward, a Roanoke native who moved to Richmond a year ago after 11 years in Los Angeles, where she got her yoga teaching certification. 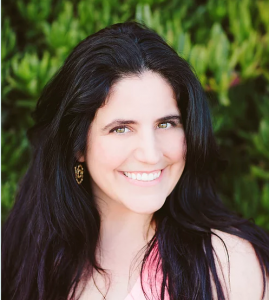 Ward since has been teaching at a few local studios, including Downward Dog Dance Yoga & Wellness and at Stone Brewing’s Fulton brewery on weekends. She said this is her first time as a business owner.

“I realized there’s a lot of yoga here, but … Church Hill’s an underserved area in Richmond for yoga,” Ward said.

She said the studio’s name stands for strength, sweat and stretch, noting that 3S will have some intense classes that incorporate high-intensity interval training.

“I’ve always loved the classes where there’s fun music, you’re sweating and not just on the floor stretching,” Ward said. “‘3S’ will be the signature class. It mixes yoga with barre into one workout.”

Ward said she’ll have about 23 classes per week, with drop-in classes starting at $15 and month-long passes for $30 for new customers.

3S Yoga is leasing about 1,000 square feet and one class area. The yoga studio is looking to open this fall. 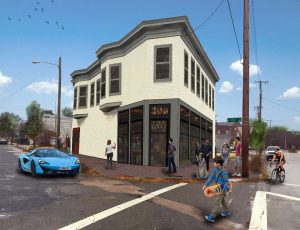 A rendering of the 2402 Jefferson Ave. development.

3S will be at least the second locally owned fitness studio to open in the Church Hill area in recent years. Boho Cycle Studio opened in Patrick Henry Square in late 2017.

Jarreau said with 3S signed on, there’s about 985 square feet of commercial space left in the building, for which Reilly Marchant of Cushman & Wakefield | Thalhimer has the listing.

Jarreau and Kleyman bought the two-story property in 2017 for $345,000 and kicked off the renovation project last year. Above the retail space are four apartments, which are due to be completed in late summer or early fall.

Jarreau said the total renovation costs are probably more than $500,000, and the project was financed with historic tax credits.