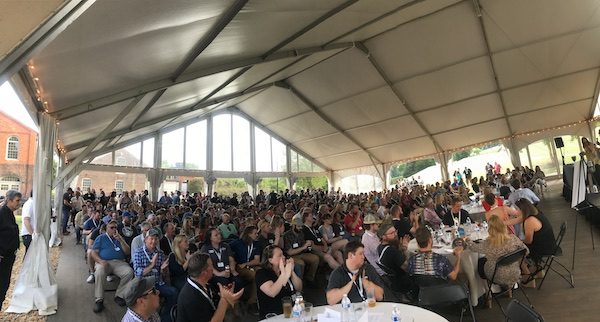 Brewers from all over Virginia came to Richmond for the gala Monday night. (Photos by Mike Platania)

Hundreds of brewers from all over the state gathered for the Virginia Craft Brewers Guild’s annual Virginia Craft Beer Cup, held at the recently expanded American Civil War Museum at 500 Tredegar St.

The VCBG judged over 340 beers at Hardywood Park Craft Brewery this month and gave out awards for 35 categories at Monday’s event. Twelve breweries from the Richmond region took home a total of 16 awards, which was shy of last year’s mark of 17 local breweries winning 20 awards. 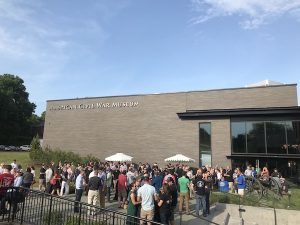 The awards were held at the American Civil War Museum’s recently renovated facility.

Powhatan-based Fine Creek Brewing Co. was runner-up for the coveted Best in Show trophy, as its dry hopped saison was bested only by New Realm Brewing out of Virginia Beach, which won with its Euphonia Pilsner.

Final Gravity Brewing Co. from Lakeside had a repeat win in the IPA category, winning first place this year for its Morning Glory. It won both first and second place in that category last year. 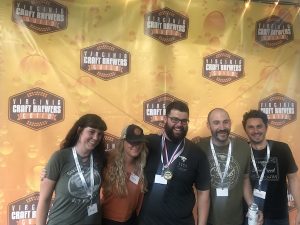 Fine Creek Brewing Co. was the runner-up in the Best in Show award. 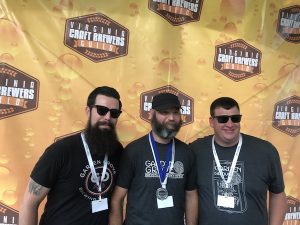 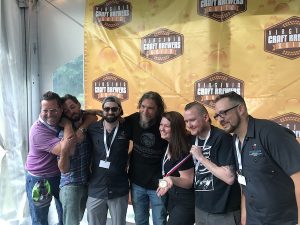