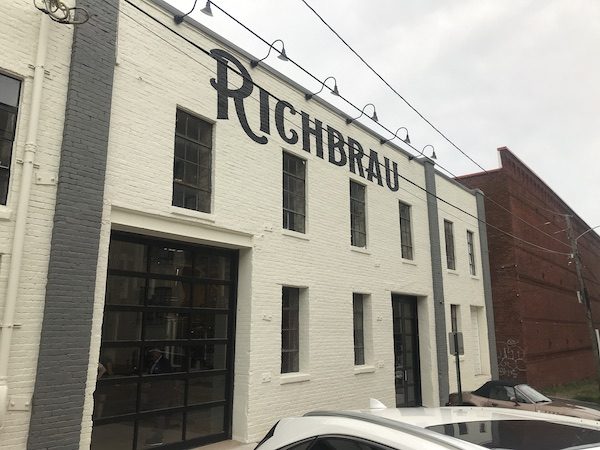 Richbrau’s roots in Richmond go back to the 1930’s. (Photos by Mike Platania)

The new brewery, from owners Matthew Mullett, Brian McCauley and Hank Schmidt, revives the Richbrau name that had been dormant since 2010 when the brand’s previous owners closed after 17 years in Shockoe Slip. Prior to that Richbrau was around for decades through the 1930’s and 1960’s.

Mullett, McCauley and Schmidt began their path to bring the brand back in 2016, when they purchased the Richbrau trademark. Last fall they secured a 4,300-square-foot former auto shop in Shockoe Bottom as their brewery’s new home and have been working on the space since then. The group put about $400,000 into the buildout.

“There was a point in time a couple weeks ago that (the brewery) evolved from a construction zone into a place I’d actually want to hang out,” Mullett said, laughing. “We’re happy with the way it panned out.” 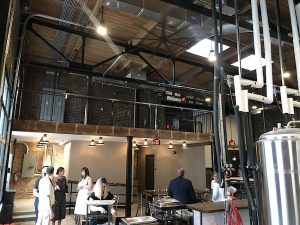 The space is split between a production area and tasting room, which also has a mezzanine. Mullett said Richbrau will also have outdoor seating out front facing 20th Street.

Richbrau opens with six beers on tap including a lemon and tea sour ale, two stouts and a low-bitterness IPA. McCauley is the head brewer.

Cans and bottles of Richbrau beer are available at the taproom. Mullett said they plan to get into distribution in the future but for the first year or so Richbrau’s beer will be available only onsite.

Mullett said work is continuing on a small kitchen within the brewery that will serve flatbreads and other small dishes. He said they plan to have food available in about three months. 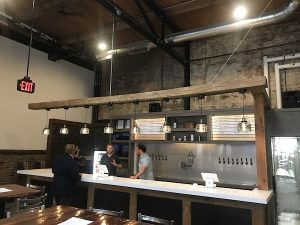 Richbrau opens with six beers on tap and capacity for many more.

“We have taproom improvements built into our budget and we’ve already done the structural planning,” he said.

Richbrau is open every day except Tuesdays.

It enters an ever-growing local brewery scene that’s now occupied by 37 competitors around the Richmond region. Several others are in the works, including Crazy Rooster Brewing Co., which has secured space in Powhatan.

Glad to have richbrau BACK!!!