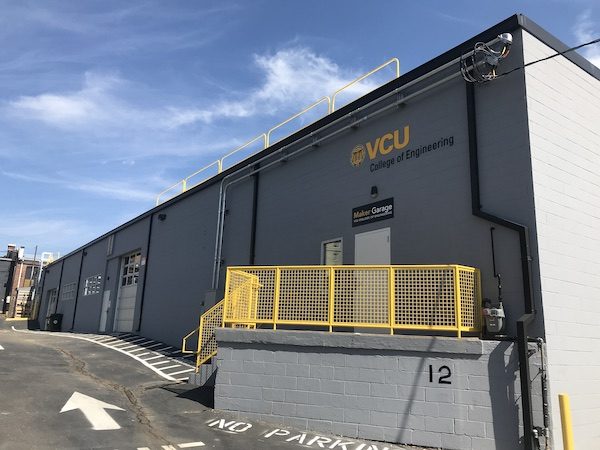 The building and the land it sits on have been home to transportation-based repair shops for nearly a century. 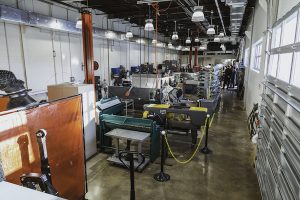 The building stands where a trolley repair station once did nearly 100 years ago. (VCU)

Per VCU Engineering, a trolley repair shop sat on the block of land between South Foushee and Adams streets in the early 1900s before getting razed in the 1960s to make way for the building that stands there now.

Grubbs’ Auto Service occupied the space for about 30 years before its owner passed away and the business closed in 2017. VCU Engineering bought the property for $610,000 shortly after Grubbs closed and budgeted $50,000 to renovate it.

The school outfitted the space with metal and woodworking equipment, and kept some of Grubbs’ old car lifts. The garage just opened for VCU Engineering students to use starting this fall 2019 semester. 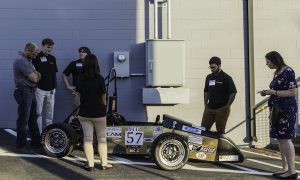 VCU’s Formula SAE, which stands for Society of Automotive Engineers, will build its race cars at the space. (VCU)

Hyperloop at VCU, a student group that raced its pod at SpaceX’s California headquarters last year, will use the garage to develop a prototype for alternative, underground travel.

Also using the garage will be Formula SAE at VCU, which builds and races Formula 1-style race cars.

A few blocks west, VCU’s School of Engineering’s building at the corner of Cary and Belvidere streets is getting a $92 million expansion. After breaking ground last summer, the 133,000-square-foot addition is now going vertical.