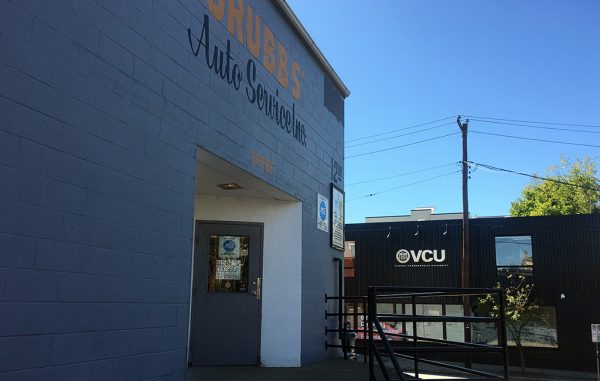 Tinkering students soon will be getting their hands dirty in an old downtown auto shop.

Mickey Dowdy, chief development officer for the foundation, said it will convert the 4,500-square-foot building into a machine shop for engineering students to use for tasks like senior design projects.

“It’ll house some of the dirtier projects,” Dowdy said.

The school will invest about $50,000 to outfit the building and upgrade electrical work, with a target completion date of March 2018.

Grubbs’ closed permanently this summer, shortly before co-owner William Grubbs III passed away in late September at the age of 77.

Audrey Grubbs, widow of William Grubbs III, was the seller in the VCU deal, according to city records. The building and its 0.2-acre parcel most recently were assessed by the city at $520,000.

The 57-year-old building sits across Cary Street from VCU’s Office of Continuing and Professional Education, a former drapery showroom property it purchased in 2014. Just down the street building are the School of Engineering’s East and West Halls at 401 and 601 W. Main St., respectively.

The school’s pharmaceutical engineering program kicked off the 2017 school year by bringing in some extra cash. In August, it received a $25 million grant from the Bill & Melinda Gates Foundation, which it will use to support a program called Medicines for All, designed to make medicines cheaper.

VCU has plenty of other projects in the works. Its Institute for Contemporary Art recently announced a new target opening of April 21. The university has been snatching up properties near the ICA and the intersection of West Broad and North Belvidere streets, including a former gas station, Chinese restaurant, pizza joint, and set of apartment buildings.

The university’s MCV campus recently hit a landmark on another major project. Earlier this week it held a topping-off ceremony for the $87 million School of Allied Health Professions building, and just across the street, VCU Health is plotting a $348 million adult outpatient facility.