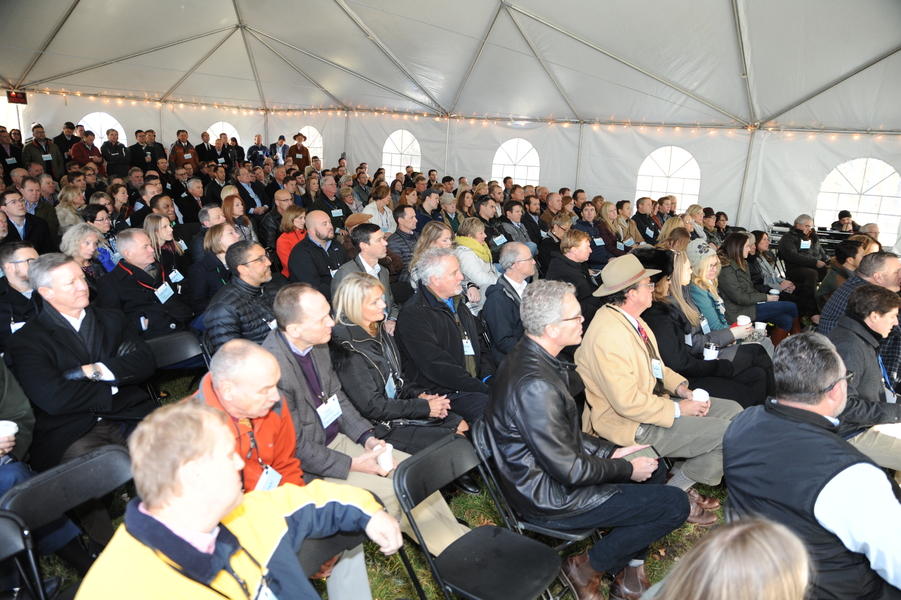 The Future Of: Suburban Homebuilding in Richmond
(Photos by Tom Veazey) 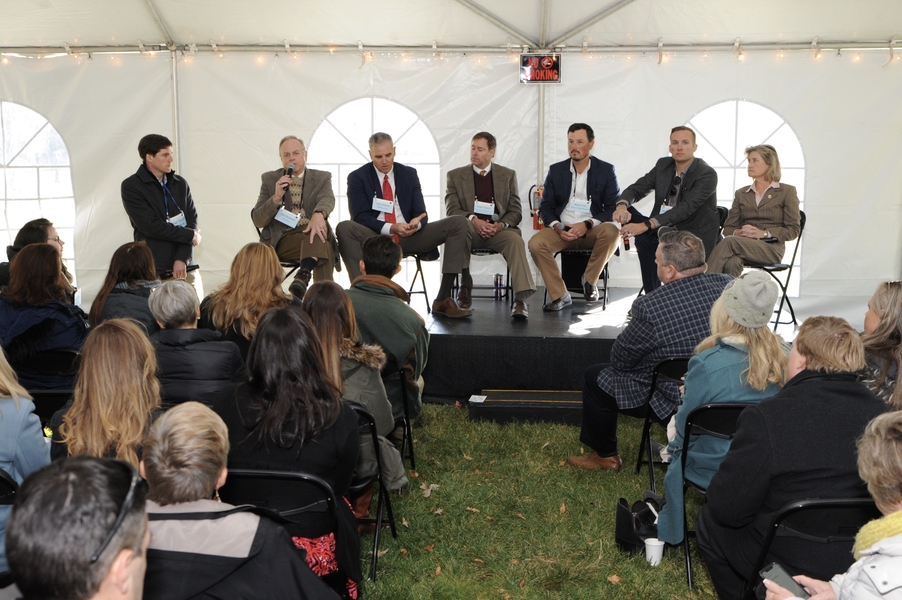 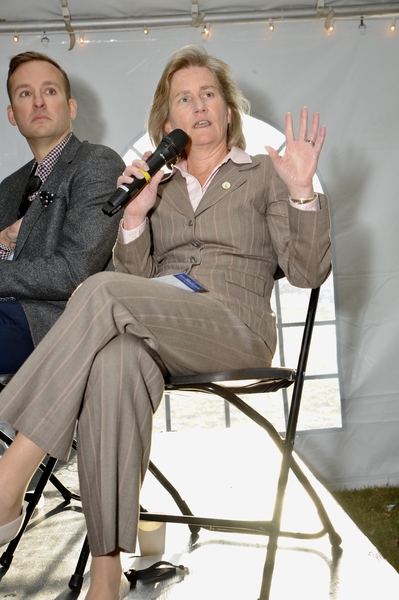 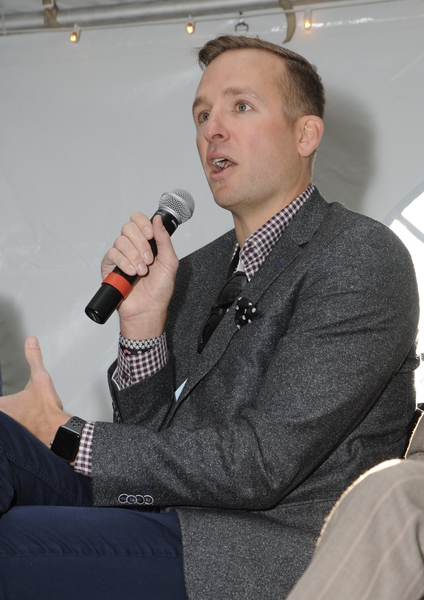 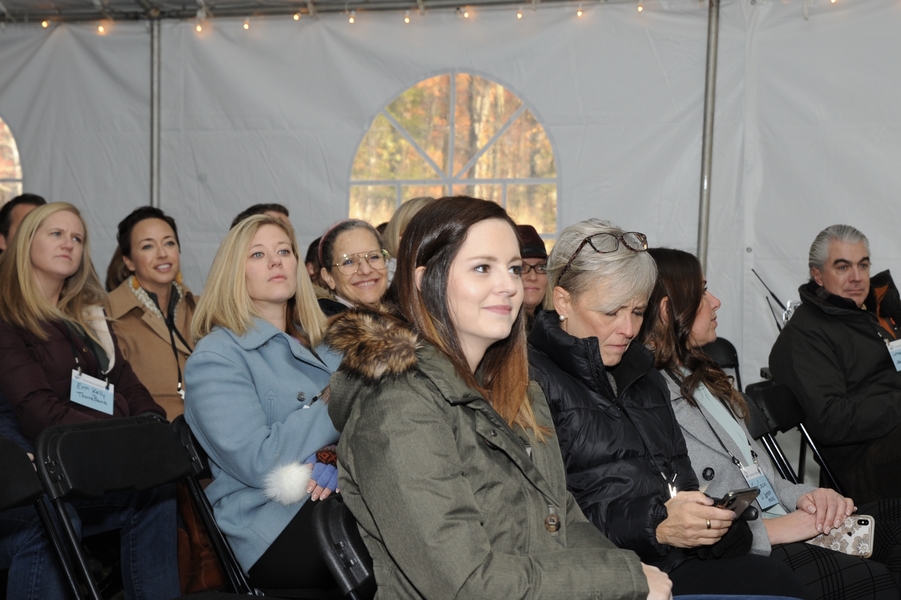 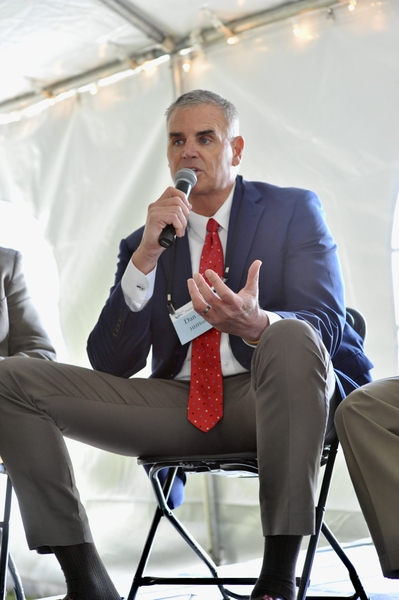 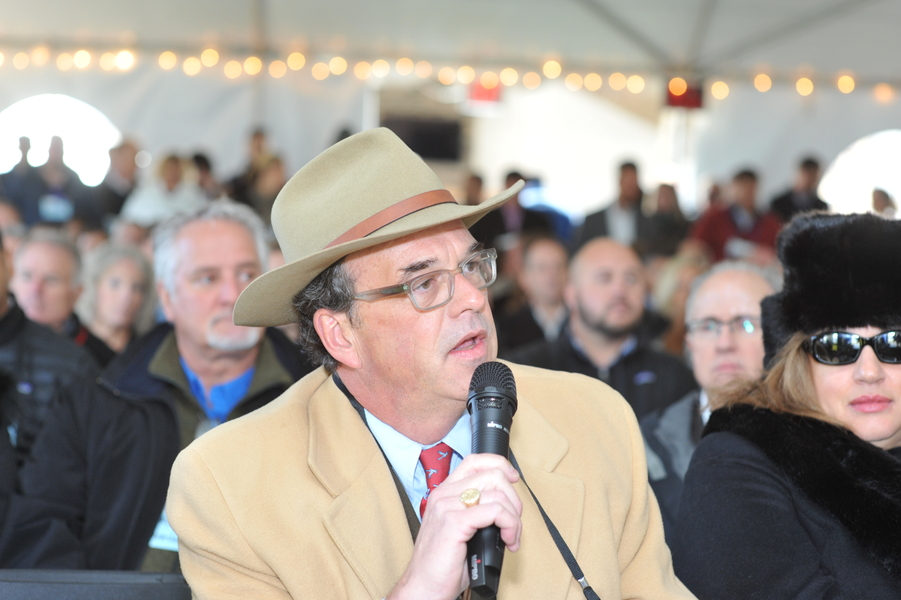 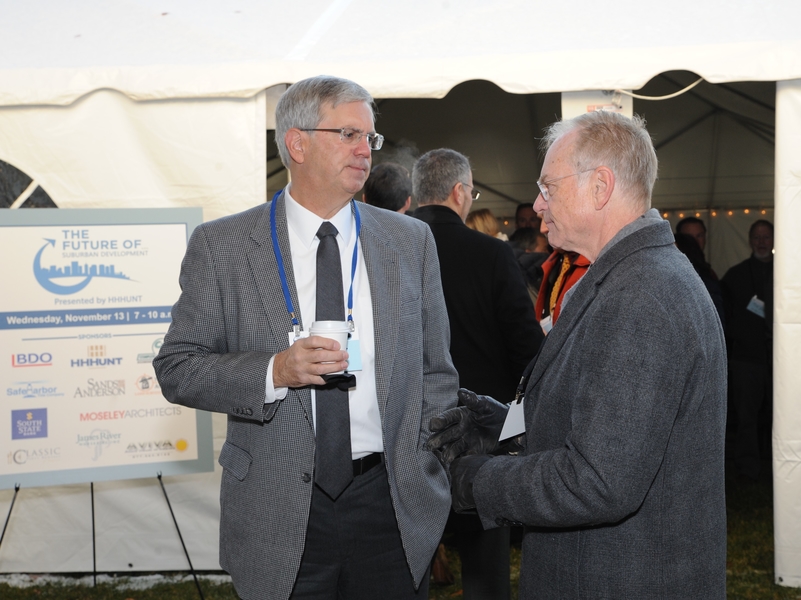 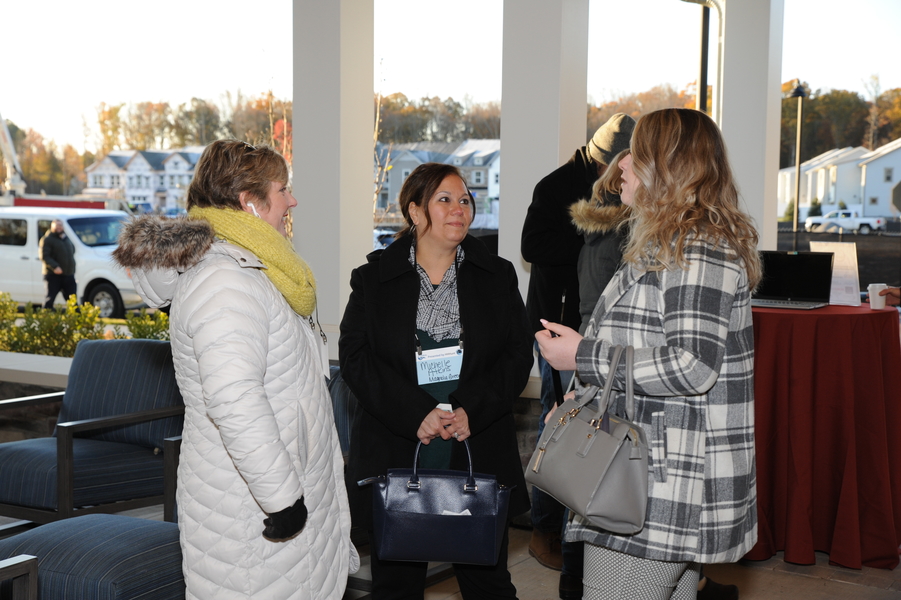 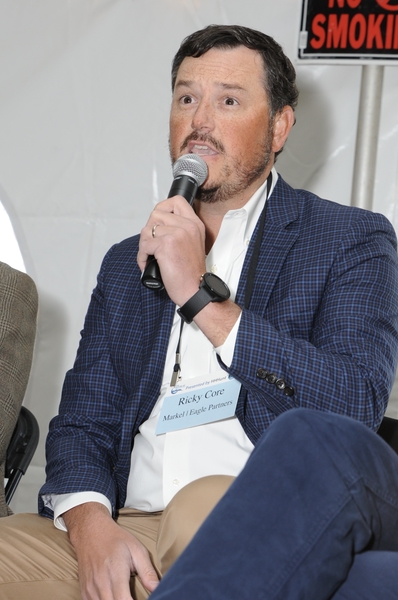 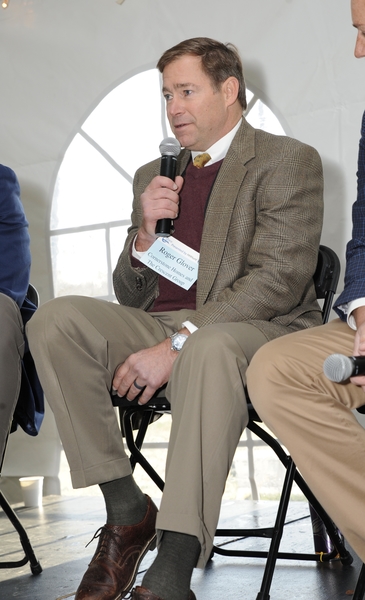 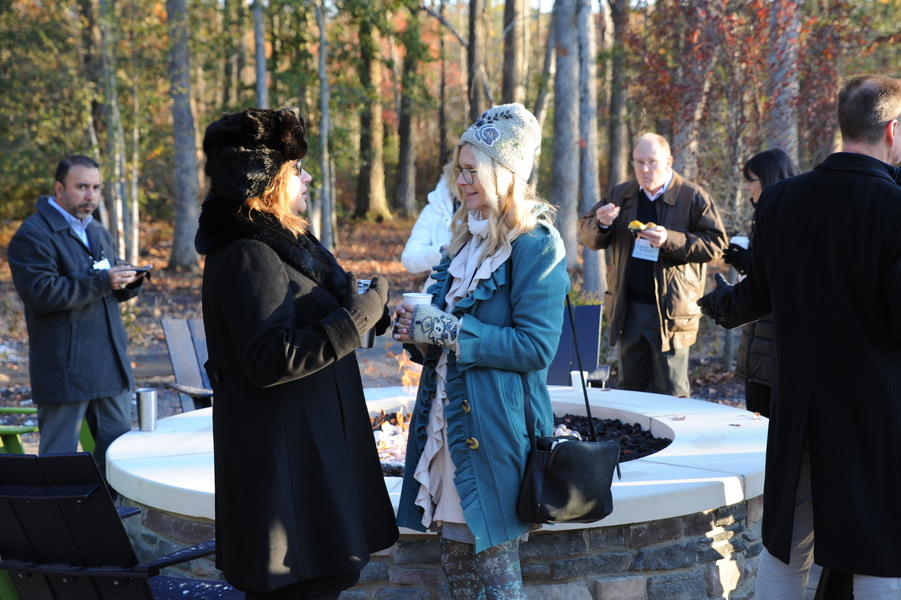 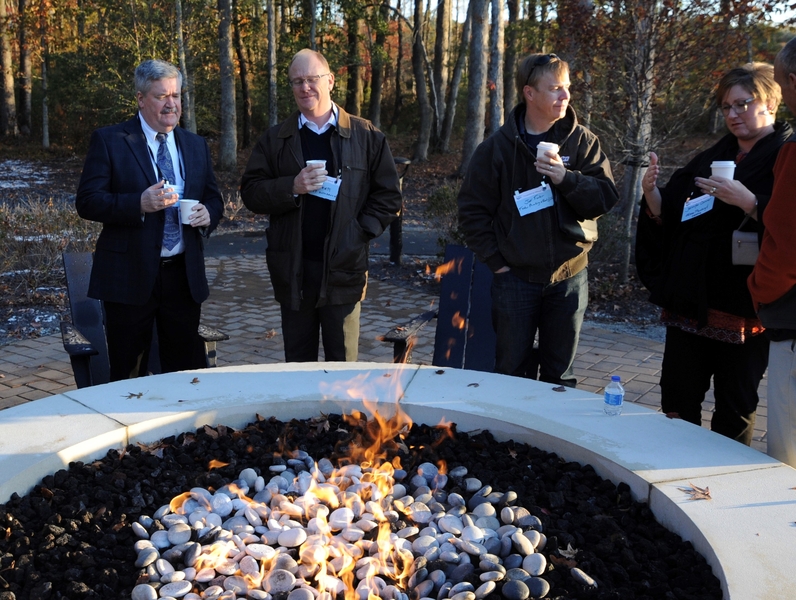 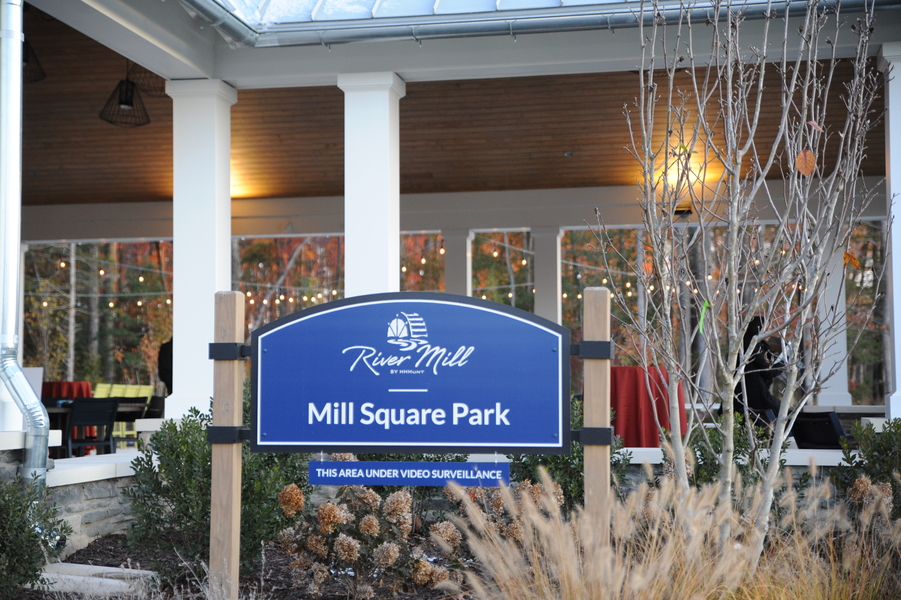 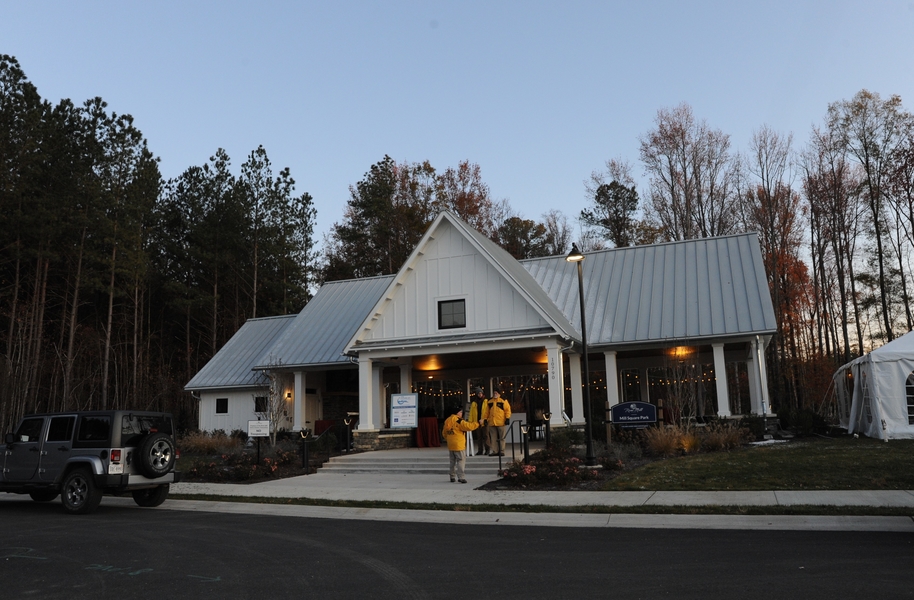 Remnant snow and chilling temperatures from an early winter storm didn’t keep away the 300 or so attendees who converged Wednesday morning on HHHunt’s River Mill development for a panel discussion on the future of suburban homebuilding in Richmond.

A crowd of builders, developers, real estate agents and other industry insiders huddled inside a heated tent in the under-development community off Brook Road in Henrico for Richmond BizSense’s fourth “Future Of” event, which focused on trends and predictions for residential development in Richmond’s suburbs. 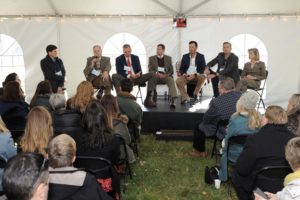 Moderated by longtime area real estate attorney Jim Theobald of downtown law firm Hirschler, Wednesday’s panelists discussed challenges facing the industry and how they’re adapting to face them. That includes added density and a push toward mixed-use developments, and mixing up housing types and price points to meet increasing demand from both ends of the homebuyer demographic.

“The boomers and the millennials, the two biggest buyers in the market today, they both want the same thing: these better, active, urban-suburban settings,” said panelist Dan Schmitt, president and COO of HHHunt Corp.

Schmitt said the trend toward increasing density – with more townhomes and condos mixed in with detached houses, and in mixed-use developments with restaurants and retail – is being driven by changing lifestyle preferences and demand for more options in terms of home price. He said multifamily housing has overtaken detached homes in his company’s annual new-construction output. 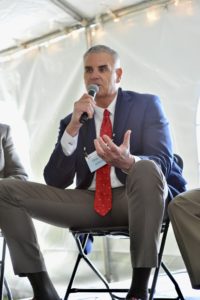 “When I think over my 30 years with HHHunt and our early developments – Wellesley, Wyndham, Twin Hickory, Charter Colony – we did not have one townhouse in those communities. Not one. That’s 8,000 homes and no townhomes,” Schmitt said.

“Over the last several years, we have shifted dramatically to a more-dense product. Sixty percent of our home sales this year will be townhomes. It was 40 percent last year,” he said.

Affordability in housing was a recurring topic in the discussion, as Laura Lafayette, CEO of the Richmond Association of Realtors and chairwoman of the Maggie Walker Community Land Trust, said attitudes toward providing varying price points and housing types have changed.

“I think it’s fantastic that the folks on the panel and their companies are really seeking to provide choice, because that’s such an important part of the real estate market,” Lafayette said. “We need choice at all price points and choice at everybody’s different stages in their lives, whether they’re just getting started or they’re seeking to downsize.” 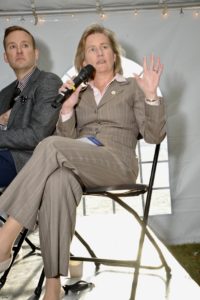 Lafayette noted a need for more housing for seniors, a demographic that fellow panelist Roger Glover of Cornerstone Homes has focused his business model on specifically, restricting his output to only 55-and-up communities.

“What used to be a senior wave has become a senior tsunami,” Lafayette said. “There’s no question about that. That product, we’re going to see more and more of that.”

Where some builders are trending toward more urban-style developments, Glover – whose communities include the nearby, farm-centric Chickahominy Falls across the county line in Hanover – stressed a need for creativity in providing what he and others describe as “active adult” communities. 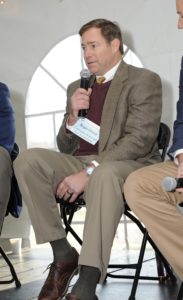 “It’s really an idea of how creative can we be, because what we’re looking to do is create a lifestyle,” Glover said. “With the boomer market, it is a multiniche market now. It’s not like the ‘Ike’ generations where one shoe fit all. There’s a lot of different lifestyle preferences within the boomer market.

“If you are pushing out into the exurbs or the suburbs, then you’ve got to create a way, like we have at Chickahominy Falls with the ‘agrihood,’ to create experiences and opportunities there for people to do a lot of different things that are convenient and walkable.”

Ricky Core, president of Markel | Eagle Partners, noted strategies taken with his company’s mixed-use GreenGate development in Short Pump. That project has incorporated lessons he said they learned from the nearby West Broad Village, which the company helped prop up through the recession and where it’s filling its last remaining parcel with new homes and condos.

“The biggest problem was West Broad Village looked like what most mixed-use developments in that time frame that were coming out of the ground looked like,” Core said. “They were very similar, whether you were in Richmond, Virginia, or any other town throughout the country. What we really tried to learn from that was what worked, what didn’t.”

With GreenGate, Core said there was an effort to make the development different, both in appearance and commercial tenants, including two restaurants by Richmond-specific restaurateurs. 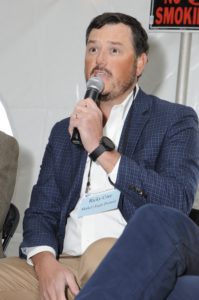 Drawing laughter from the crowd, Core continued: “It’s being involved in the community, whether it’s in a traditional suburban neighborhood, or being in a mixed-use environment where you see people coming out of their townhomes and going to whichever restaurant has the best happy hour.”

Despite the urban trend, Shane Burnette of Schell Brothers said there’s still a place and demand for more-traditional, master-planned suburban communities, particularly as more homebuyers work from their homes.

“To me, there are so many teleworkers now, people who work from home, there’s still a huge demand for a planned community like a Magnolia Green, that has that broad mix of product where you can start in an apartment, go to a townhome and work your way through it,” Burnette said. 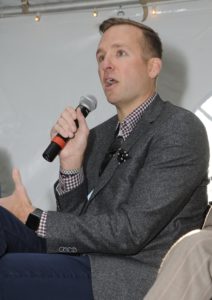 Burnette said changes in regulation, such as with Chesterfield County’s cash proffer policy, has helped fuel more multifamily development in recent years. Such density is needed as developable land in areas where roads and utilities are available decreases, he and other panelists said.

Asked what most concerns him about the industry and what its future holds, Schmitt stressed a need for more innovation in light of new players and approaches coming onto the scene.

“We have to figure out how to change how we deliver our developments and our homes,” Schmitt said. “The homebuilding business is very ripe for disruption. We’ve been doing the same thing the same way for decades.” 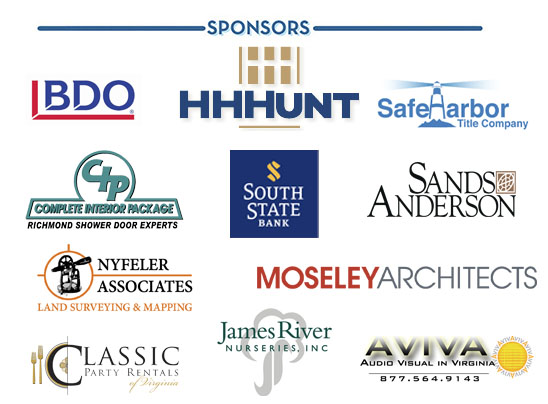 I guess Dan forgot about the townhouses in Twin Hickory and Wyndham. Oops…

I should add that his point is still well made. Even though there were some there they are not the sizeable components they are in more recent developments. Just goes to show that even the best of us make mistakes.

The overuse of “mixed use” is killing me. Mixed used communities means more than a strip center in front of townhomes. It also means incorporated into the surrounding larger community. Until recently these in western Henrico had no bus service and almost all our development remains car centric.