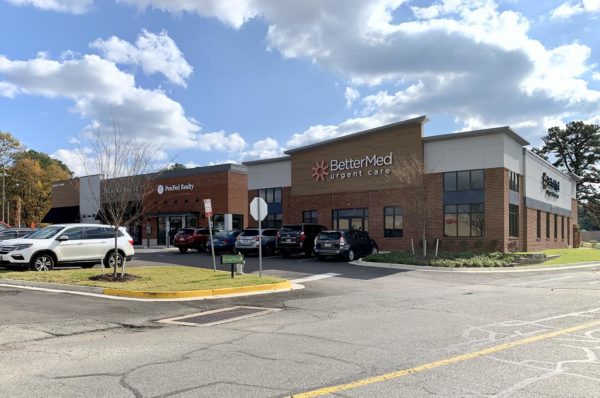 The group behind the redevelopment of a struggling West End mall appears to be cashing in on some of its success at the ever-evolving property.

The Rebkee Co. and Thalhimer Realty Partners, which together are transforming Regency Square in Henrico, last week sold two newly constructed and fully leased retail buildings on a 1.6-acre outparcel at 1420 N. Parham Road near the mall’s J.C. Penney concourse for $7.4 million.

The properties sold include the 5,200-square-foot BetterMed Urgent Care building and the adjacent 6,600-square-foot freestanding retail center that houses Panera Bread and PenFed Realty, both of which relocated to the strip from nearby locations after construction was completed earlier this year.

The buyer was New Jersey-based Statewide Properties, according to a press release.

Statewide Properties is a family-owned real estate development and management firm, according to its website. The company owns and manages several properties throughout Virginia, the Carolinas, Indiana, New Jersey, Michigan, Arkansas and Pennsylvania.

Neither the buyer nor the seller could be reached for comment Wednesday afternoon.

Eric Robison and Catharine Spangler of Thalhimer’s Capital Market Group completed the sale of the property.

Rebkee and TRP first purchased the property near Holly and Parham from Texas-based J.C. Penney in 2016 for $1 million, according to county property records. It most recently was assessed by the county for $4.8 million. That was a year after the duo partnered to buy the bulk of the mall in February 2015 for $13 million. 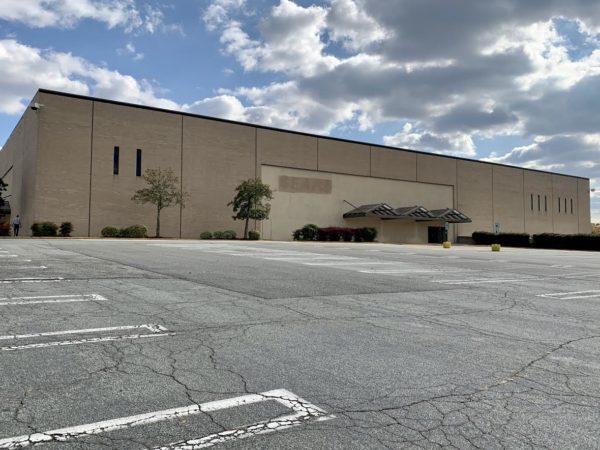 The former Sears building at Regency Square is slated to be razed for a 270-unit apartment development.

They’ve since worked to transform the site, most recently filing plans in September to raze the mall’s former Sears building and replace it with a 270-unit apartment building, which would wrap around a central, four-level parking deck totaling 337 spaces.

The developers bought the Sears building, along with 8.7 acres of surrounding surface parking lots, in March 2018 for $3 million, according to county real estate records. The group also snatched up the former 3-acre Tire America Sears property near Sterling Drive and Quioccasin Road for $2.1 million.

The redevelopment secured the county’s urban mixed-use district zoning designation in August, allowing for several commercial and residential uses. Eventually, the development would include about 1,000 apartment units and be able to accommodate a mix of commercial uses such as hotels, movie theaters, breweries and more restaurants. 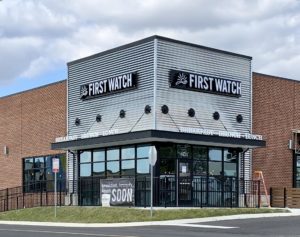 First Watch is preparing to open at Regency Square Mall.

Other new tenants taking over space in the mall are Surge Trampoline Park, which will fill the former Macy’s North building, and NOVA Aquatics, which announced in March a public-private partnership with Henrico County to construct an $18 million indoor aquatics center in the former Macy’s South building.

The outparcel sale comes on the heels of Rebkee revealing its plans to reinvigorate another struggling Henrico mall.

The company, along with locally based Shamin Hotels, is in negotiations with the county to transform Virginia Center Commons, a plan that would be anchored by an indoor sports and convocation center long sought by the county. It would be part of a larger redevelopment that would include a hotel, retail and entertainment uses, and potentially a residential component with some income-based housing.

Henrico supervisors endorsed the proposal during its Nov. 12 meeting, authorizing county staff to enter into negotiations with Rebkee after fielding a second round of arena proposals that included two from other firms.

The board also set in motion several steps to be taken to pull off the public side of the project, including scheduling a public hearing for its next meeting Nov. 26 on a budget amendment that would allow the county to contribute up to $50 million toward securing the land and building the arena.

As part of the plan, Rebkee is under contract to purchase Virginia Center Commons from New York-based Kohan Retail Investment Group, which purchased the 577,000-square-foot mall structure in 2017 for $9 million.