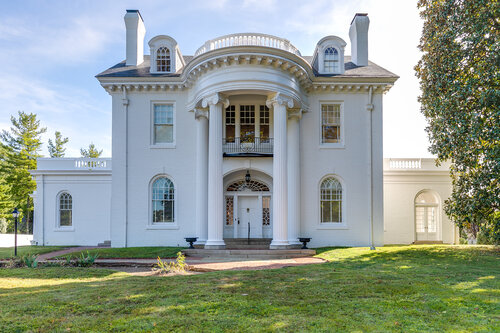 A century-old, relocated mansion tied to members of one of the namesake families of a local Fortune 500 is the latest house to hit the market along a pricy stretch of Cary Street Road.

The 7,100-square-foot “Tiara” mansion at 5511 Cary Street Road, just east of the Country Club of Virginia, was put up for sale off-market in mid-October. The eight-bedroom, 3½-bathroom colonial revival with a prominent two-story portico is being offered without an asking price. 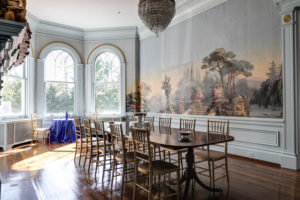 Built in 1901 at Second and Grace streets downtown and relocated in 1924, the house is owned by Fontaine Minor, wife of the late Philip Minor, whose family founded and is a namesake of Richmond-based Owens & Minor. Philip’s 60 years with the health care logistics company included a stint as chairman from 1985 to 1995.

City property records show the couple purchased the house in 1994 for $1.01 million. Ownership transferred to Fontaine individually after Philip’s death in 2008.

The latest city assessment valued the 1.6-acre property at $2.9 million.

Edward Hettrick, Fontaine’s son and Philip’s stepson, is marketing the house for his mother. Formerly a real estate agent with Austin Properties, Hettrick has since turned his attention toward development with projects such as Maplewood, a cluster of four homes on two lots in the Grove and Libbie area that he developed in 2016 with partners John Vinis and Claude Whitehead III. 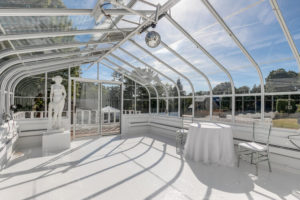 Amenities include a conservatory.

Hettrick said he let his real estate license become inactive in part to facilitate that project, hence the off-market, for-sale-by-owner approach. He’s marketing the property via a website created by Jean Brown with photos by Mike Anders Photography and drone footage Hettrick shot himself.

“We didn’t put a price on the website because what we’re hoping to do is have people come and look at it and see if someone wants to bring her an offer,” Hettrick said, adding that the price range would be comparable to nearby listings such as the Windemere mansion two doors away and 5111 Cary Street Road.

Windemere, which was listed in April at $3.42 million, went under contract around the time Tiara hit the market, while 5111 Cary Street Road, listed earlier in October, remains active at $3.15 million. Farther west, the Clear View mansion at 5901 River Road also is under contract after dropping in price to $3.75 million.

Since activating the website and putting a for-sale sign out front, Hettrick said Tiara has had six or seven showings, with no offers yet. An open house for agents also was held.

While the site will remain active, Hettrick said his mother had the for-sale sign taken down for the holiday season. He said it will go back up in January or February.

“We had a sign out front for maybe a month or so, but she just feels like nothing really sells between Thanksgiving and Christmas,” Hettrick said. “I think she’s right for the most part. It’s generally a slow time for real estate.”

Previously named “Tara II” for its resemblance to the Tara plantation house in “Gone with the Wind,” Hettrick said his mother recently changed the name to “Tiara” in reference to its appearance – and Princess Diana.

“She is a big fan of Princess Diana – she bought one of her dresses at auction in 1997 – and if you look at her house, it looks like a crown at the top of the columns,” he said.

Originally on the corner of Second and Grace where Dementi Studio now stands, the house was moved to its current location to avoid demolition for commercial development, according to a history by Brown on the website. 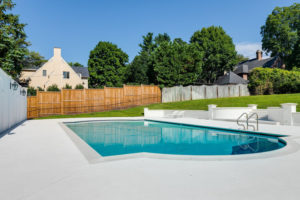 A pool fills part of the grounds.

A wing was added to each side of the home, and the property along Cary Street Road was landscaped in the 1940s by noted landscape architect Charles Gillette. The property includes a conservatory and pool with pool house, and the 14-room house includes a foyer with spinnable chandelier, a banquet-sized dining room and a cage elevator.

The area has been a hot spot for multimillion-dollar home sales of late. In addition to the mansions listed as pending, a 6,000-square-foot home around the corner at 5900 Three Chopt Road went under contract last month after hitting the market at $2.1 million. 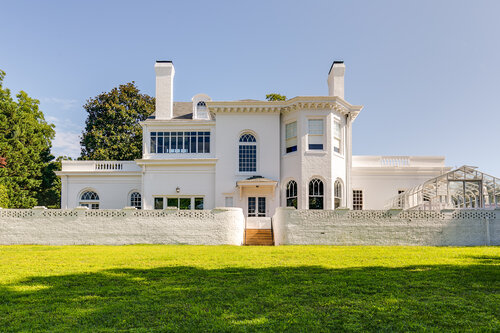 The house as viewed from the backyard.