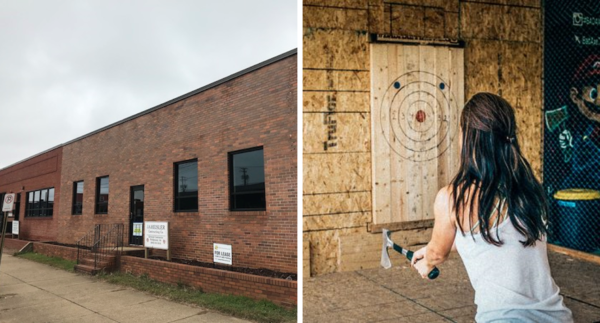 After its first attempt to get into the Richmond market fell flat, a Canadian axe-throwing bar is back with a location coming to Scott’s Addition.

Bad Axe Throwing is preparing to open at 3100 W. Leigh St. in a 5,000-square-foot space in the old Nicholson Sprinkler Corp. building.

Based in Ontario, Bad Axe has nearly 50 locations throughout the U.S., Canada and the U.K. In 2018, it began planning a Richmond location on West Broad Street, across from the forthcoming Whole Foods in Sauer Center. 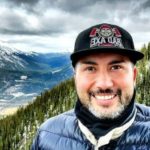 But those plans fell through last spring. Bad Axe owner Mario Zelaya said there was an issue about the amount of parking available at that location, which caused them to scrap the plans.

“We went back to the hunt and found a place we like a lot. We’re really happy with where we’re going to be,” Zelaya said.

Bad Axe is leasing the Leigh Street space from NoVa-based Tech Painting Co., which last year bought the property for $1.3 million. Tech Painting is taking the other half of the 10,000-square-foot building.

Many of the plans Bad Axe had for Broad Street will carry over to the Leigh Street location: 10 lanes down which customers throw axes at targets, a food menu with bar food such as pizza and hot dogs, about 30 beers on draught and wine, and an in-house axe-throwing league.

One thing that’s changed is the look of the space.

“We’re moving toward a higher-end look. We’re investing a heck of a lot more in fixturing,” Zelaya said. “It looks more like a club and a lounge than a warehouse you go to throw axes.”

Bad Axe aims to open in Richmond this spring. It’ll be within an axe’s throw of other Scott’s Addition entertainment venues, with a Strangeways Brewing taproom next door and Circuit Arcade Bar across the street.

Across from Bad Axe’s future home is restaurant Aloi, which announced it will be closing at the end of January.

Bad Axe will be at least the third axe-throwing facility in the Richmond area. It joins Stumpy’s Hatchet House, which is opening in Stony Point Fashion Park, and Virginia Axe Co., which opened last year in Goochland.

Sugar Shack on Lombardy is closing too. Richmond Public House is closed now too after a few months. Places are closing in record numbers now in the City..

Hey, I’m an old guy so maybe I don’t get it. To me, nothing says “safety” like beer drinking and axe throwing. I’ve seen people get hit with darts in Irish pubs. Not often, but it happens. I don’t think this turns out well.