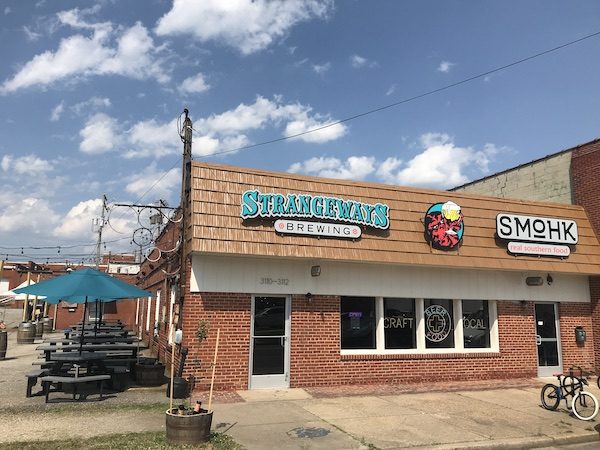 The brewery is sharing its location with barbecue joint Smohk. (Photos by Mike Platania)

The city’s most brewery-dense neighborhood just got another one.

Strangeways signed a lease for the 4,000-square-foot site in November and began renovating the space, which formerly was home to bike shop Rag & Bones. 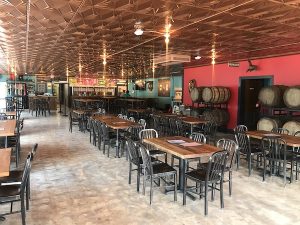 The space had been vacant prior to Strangeways leasing it last year.

The location is Strangeways’ third. It opened its original home on Dabney Road just over the Henrico line in 2013 and a Fredericksburg location in 2017.

Strangeways is sharing its new building and outdoor patio with barbecue joint Smohk, which has been operating at the building for two years. Smohk’s food is available for order through Strangways’ taproom.

“Think of (Smohk) like a resident food truck that happens to have its own brick and mortar establishment,” said Strangeways owner Neil Burton.

The Scott’s Addition location will be where Strangeways brews its small-batch beers, many of which will be finished in wood barrels. The taproom has more than 30 different beers on draft, and Burton said they’re working on a cider and a nitro beer, cold coffee and kombucha lines. 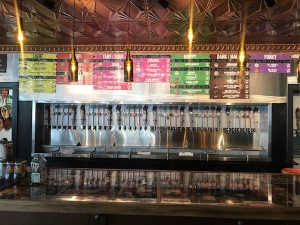 Strangeways has over 30 beers on tap at its Scott’s Addition location.

The brewery is open seven days a week, with happy hour running from 4 p.m. to 7 p.m. on weekdays.

Strangeways brings Scott’s Addition’s brewery total to nine, with more on the way.

Starr Hill Brewery is working to open a taproom and rooftop at 3406 W. Leigh St. and Main Line Brewery is preparing to open within Cirrus Vodka’s space at 1603 Ownby Lane.

Nice. But … is there a building in Scott’s Addition more in need of a facade makeover?

I agree. I was struck by how ugly/offputting the facade is.