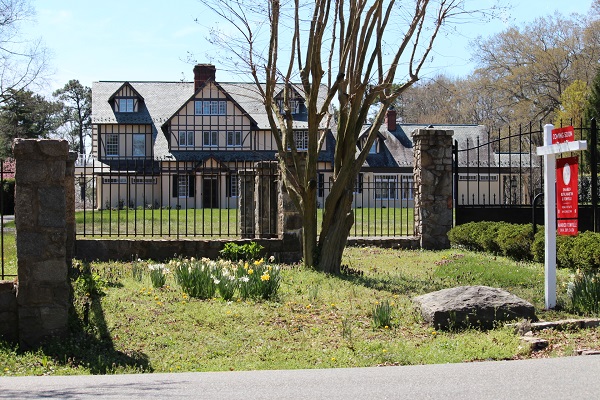 Nearly a year after it returned to the market after falling into foreclosure, a West End mansion is in the hands of new owners.

The 3-acre estate, across the street from Libbie Avenue near the Country Club of Virginia, was listed last spring. Mahood Fonville with Shaheen, Ruth, Martin & Fonville Real Estate represented the seller, W. Harold Talley I LLC. 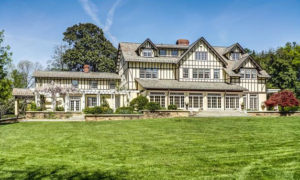 A rear view of the home. (Photos courtesy CVRMLS)

City property records list the buyer as 5501 Cary Street LLC, which lists a residence in Midlothian as its mailing address. The Midlothian residence is owned in a trust under the names W.D. Nash and Mary-Beth Nash, according to Chesterfield County records.

The buyer’s agent was Patrick Loth with Keller Williams Realty. He did not return a call seeking comment.

Fonville said his client did not want to comment on the sale.

W. Harold Talley I LLC was the noteholder that foreclosed on Windemere in early 2018, when it was sold at auction on the steps of the city courthouse. The house previously had been owned by an LLC attached to local businessman Doug Cornell, who purchased the home in 2016 for $3.5 million after putting it under contract with a nearly $4 million all-cash offer. 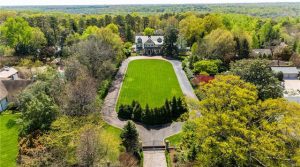 W. Harold Talley I LLC is a group of area businessmen, including Michael Hamway and LLC manager David Talley.

Following the foreclosure auction, Cornell made efforts to reclaim ownership of Windemere and continued to reside there for a time, according to a lawsuit filed in 2018 by an LLC that loaned funds to Cornell. That suit, which is still playing out in court, alleged that Cornell conspired with members of W. Harold Talley I LLC as part of a scheme to remove liens on the property and allow Cornell to continue to live there and renovate the house.

Windemere was put back on the market last March, with showings starting the following month. It was put under contract in October. 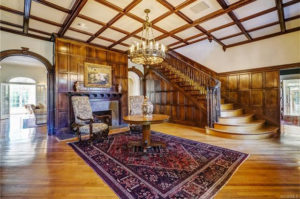 The 18-room home was originally a hunting lodge built in the 1880s, and later converted into a three-story mansion in 1907.

Originally a hunting lodge built in the 1880s that was converted into a residence in 1907, Windemere served as the home for then-Gov. Jim Gilmore for 18 months while the Executive Mansion was being renovated two decades ago.

Previous owners include Betty and Larry Brown of Richmond-based Brown Distributing, whose divorce resulted in a property dispute that went all the way to the Virginia Supreme Court. Betty Brown ultimately bought the property back in a 2011 auction.

Windemere is known for having one of the first swimming pools in Richmond and includes gardens designed by landscape architect Charles Gillette, a separate two-story living quarters off the kitchen and a six-car garage accessible from the basement.

The latest city assessment valued the property at just over $3.51 million.

Windemere’s sale comes on the heels of another multimillion-dollar mansion purchase a few blocks west. The 13,600-square-foot Clear View mansion at 5901 River Road, across from CCV, sold last month for $3.47 million in the priciest home sale of 2019.

This is final vindication for Tranzon Auctions, who sold Windemere in 2008 at public auction for just under $2.5 million. The market spoke back then, and the owner bought it back, thinking the price was too low, and the Supreme Court confirmed the transaction in 2011. Yes, it took me 3.5 YEARS to earn that commission! Fortunately, our client Betty Brown was also a winner, reaping the benefit of the next buyer, who subsequently paid too much and was foreclosed on. The marketplace is always right.