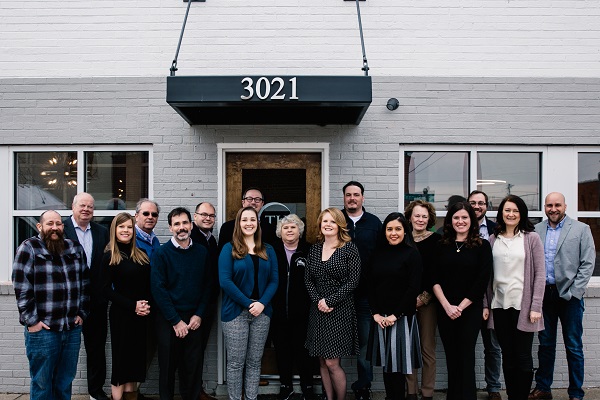 After four decades in business, a local design firm is entering its next chapter with an ownership change and new digs in Scott’s Addition.

Thomas Hamilton & Associates, an architecture and interior design firm with a focus on historic renovations, has moved to 3021 W. Clay St., one of several Scott’s Addition buildings rehabbed by founder and namesake Tom Hamilton.

The move followed Hamilton’s sale of the business to Leann Hendrix, a senior interior designer with the firm since 2002. Hendrix will lead the firm as principal owner, with Hamilton staying on in an advisory role as he prepares for retirement. 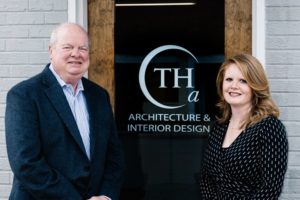 The business sale closed Oct. 1 and was handled by Richmond-based Transact Capital. Terms of the sale were not disclosed.

The elder Hamilton said he sat on 3021 W. Clay for a while before deciding the building – and the Scott’s Addition neighborhood – was a good fit for the firm.

“We were in Henrico County, and it just started making a lot of sense to move down here with the dynamic that’s in the neighborhood,” he said. “It’s incredible to be able to walk around and visit the restaurants and just enjoy being here.”

Hendrix said the move has had a positive effect on the firm’s 18 employees and should help in recruiting future hires.

“We think we can maybe attract some younger talent, and I think everybody wants to be down here so they can bike to work or, after work, go to one of the breweries,” Hendrix said. “Even our current employees, I’ve noticed a change in attitude. They seem a little bit happier being down here and a little bit more excited.”

Hamilton, who founded the firm in 1979, said he had Hendrix in mind to lead it upon his retirement, which he plans to ease into. He said he’s planning to stay on for about two years to continue mentoring staff before signing off for good.

“I know that sounds punishing,” Hamilton said, laughing with Hendrix. “I really enjoy what I do, I’ve been an architect all my life, and it’s kind of hard just to walk out the door and down the street. I enjoy coming to work and I enjoy the people, so I’m going to stay at least for two years.

“Leann was absolutely the best choice for the transition,” he said. “She knows the clients; she understands what we do and the process with which we do it.”

Hendrix said she plans to continue the company generally as is, maintaining its current staff count that includes six architects, three interior designers, draftsmen and other positions.

The firm focuses on historic property rehabs and conversions, and does a lot of interior design work for the hospitality industry. Local projects have included The Berkeley Hotel in 1986 and the mid-2000s conversion of the former Miller & Rhoads department store into the downtown Hilton and apartments.

Thomas Hamilton joins other design firms making moves in and around Richmond in recent months.

I just walked past your new space a couple weekends ago on my way to The Veil–it was exciting to see. Congrats y’all!