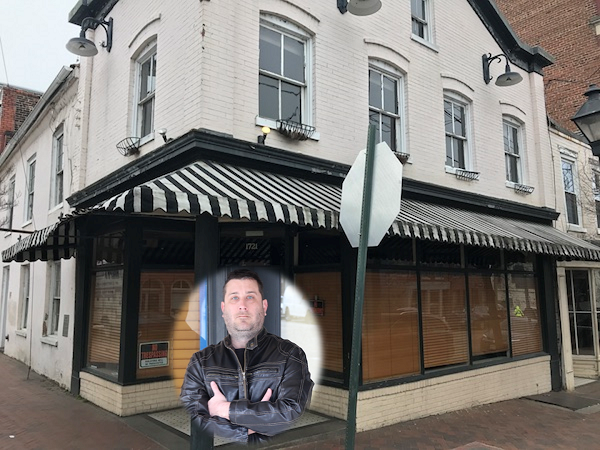 A restaurateur hailing from the Pacific Northwest is giving new life to the city’s oldest commercial structure.

Smith & Foundry is preparing to open at 1719 E. Franklin St. in Shockoe Bottom. Chef Henry Preston, a Portland, Oregon native, is behind the concept.

Preston had owned a few restaurants in Portland before selling them about four years ago and moving to Richmond with his wife.

“My wife’s family’s here, and the Portland restaurant scene was getting stagnant. I wanted to go somewhere new and exciting,” Preston said. 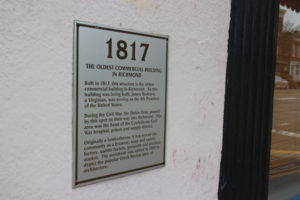 A historical marker declares the Shockoe Bottom space as the oldest commercial space in Richmond.

Per a historical marker at the building, the space is the oldest commercial building in Richmond, dating back to 1817. Next door is Lickinghole Creek Craft Brewery’s downtown taproom, which opened in 2017.

The restaurant’s name is an homage to one of the space’s former uses as a gunsmith shop, and it’s also been a saddle factory, brewery, and soap and candle factory. In more recent years it was home to Julep’s, and Shockoe Whiskey and Wine.

Smith & Foundry will be a bistro, Preston said, leasing about 4,000 square feet across an upstairs, downstairs and adjacent private room.

Each area will have its own menu, with the chef’s table offering a private dining experience where the menu will be made specifically for each party taking it. He said the menus for the upstairs and downstairs are in development and a secret for now. 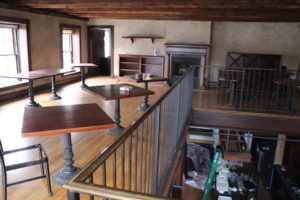 “The whole concept behind (Smith & Foundry) is just bringing the bistro back to its roots. Back in the day, bistros were meant for everyone, and that’s changed over time,” Preston said.

“Whether you’re a one-percenter or a dishwasher, I want you to be able to come and afford good food and a drink with your friends.”

Despite being vacant for a few years, the building’s in good shape, Preston said. The facade will get redone and repainted, and the interior just needs cosmetic work, he said.

Smith & Foundry will be open for lunch and dinner, and brunch on the weekends. Preston said the upstairs will have seating for about 30, and the downstairs will have a similar amount, plus a nine-seat bar. It’ll also offer takeout and delivery.

Preston said he’s planning to open each part of the restaurant in phases, with an opening date for the downstairs targeted between St. Patrick’s Day and April 1, followed by the upstairs a few months after that. The private room would open about six months later.

“I went from a dishwasher to an executive chef, and before that I was in the military, so I understand what it’s like to not have a lot of money but work really hard for the things that I do have,” he said.

“People work real hard to go out to fine dining, so for the upstairs part of it, if you’re going to pay for that, you need to get the experience and the food you’re paying for.”

Great news! I live walking distance and have great memories of going to Julep’s when it was located here. I look forward to trying Smith & Foundry.