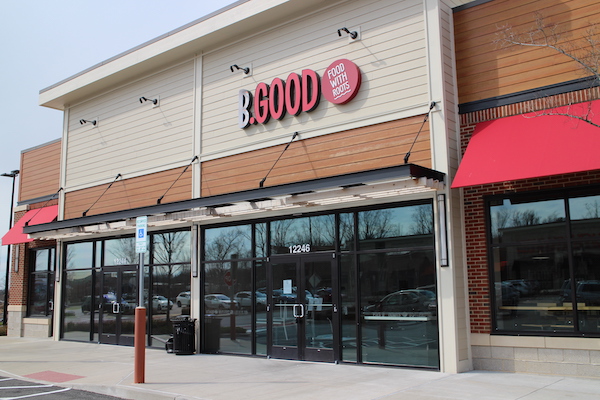 It was a fast flame-out for B.Good in Richmond.

The Boston-based restaurant chain has closed both of its area locations after less than three years in the market.

The company in recent days posted signs announcing the closures on the doors of its stores at 7000 Forest Ave. in Reynolds Crossing and at 12246 W. Broad St. in West Broad Marketplace. 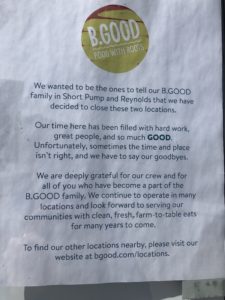 A sign posted in each of its locations’ doors announces the closures. (Michael Schwartz)

“Our time here has been filled with hard work, great people, and so much good,” one of the signs read. “Unfortunately, sometimes the time and place isn’t right, and we have to say our goodbyes.”

The company did not respond to requests for comment.

B.Good has over 60 stores nationwide, primarily in New England. Its only other store in the state is in Northern Virginia.

Another chain is set to move in next door to B.Good’s former home in Reynolds Crossing. Poke Sushi Bowl is preparing to open its third area location at 6992 Forest Ave., joining its other spots in Short Pump and near VCU. 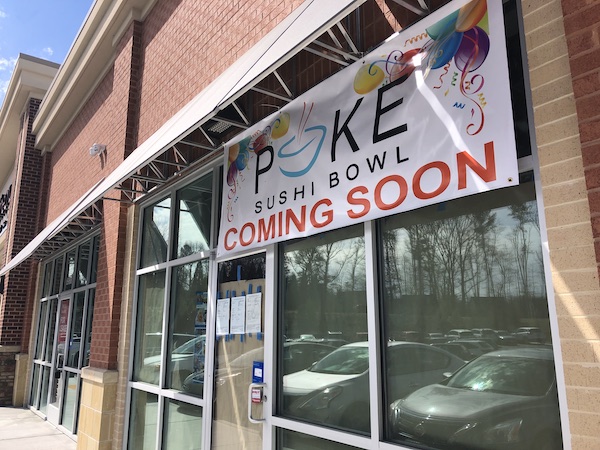 Sushi Poke Bowl is preparing to open in Reynolds Crossing as B.Good exits it. (Michael Schwartz)

Every time I went by the Reynolds Crossing, I never saw but 1-2 cars parked out front. I was not sure what they sold and I never saw an ad or mailer for them. I thought it was vegan given the slogan.