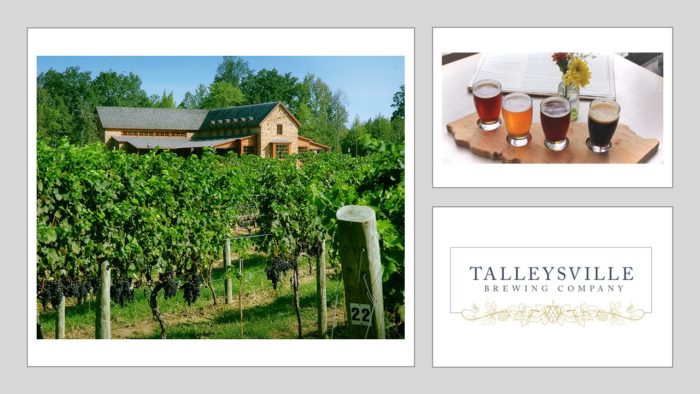 Grain and hops are joining grapes and tannins at one of the region’s biggest wineries.

New Kent Winery is preparing to open Talleysville Brewing Co., a beer-making operation within the winery’s facility at 8400 Old Church Road and the first brewery in New Kent County.

“With so many wineries in New Kent and it being a small town, we’ve been watching and waiting to see when a farm brewery would pop up,” said Lindsay Dombroski, New Kent Winery’s marketing manager. “About a year ago is when we started to think, ‘Well maybe we can do it.’”

The brewing equipment is being brought into the winery’s existing facilities that sit on over 150 acres. Dombroski said the addition of Talleysville Brewing is part of an overall $715,000 expansion by New Kent Winery. Part of the expansion included creating about 10 new jobs and adding equipment for canned wine, which it began selling this month.

“We’re doing everything we can. The restrictions (related to the coronavirus pandemic) make things more challenging. But with the new canned wines that came out a week or so ago, we’ve seen a great response with that,” Dombroski said.

After hiring a head brewer to oversee Talleysville, Dombroski said they’re planning to begin serving beer in the fall with an IPA, stout, lager and pilsner on tap, with plans to eventually have about a dozen beers on tap. She said Talleysville may explore distribution in the future.

While working on Talleysville, Dombroski said New Kent Winery has been trying to keep revenue coming in through delivery and pickup, which many local booze-makers have embraced during the pandemic.

“It’s definitely a completely different atmosphere. This is normally when we start gearing up and the place is packed, and we’ll start making money to get us through the winter,” Dombroski said. “This just feels like an extended winter a little bit.”

Talleysville Brewing would be the second new brewery to open in the region during the pandemic. Crazy Rooster Brewing opened this month in Powhatan.