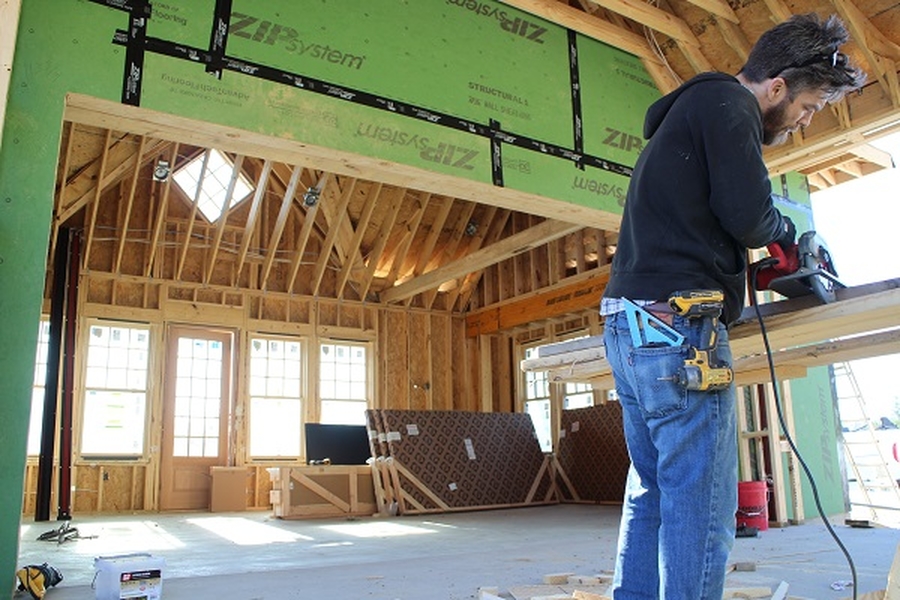 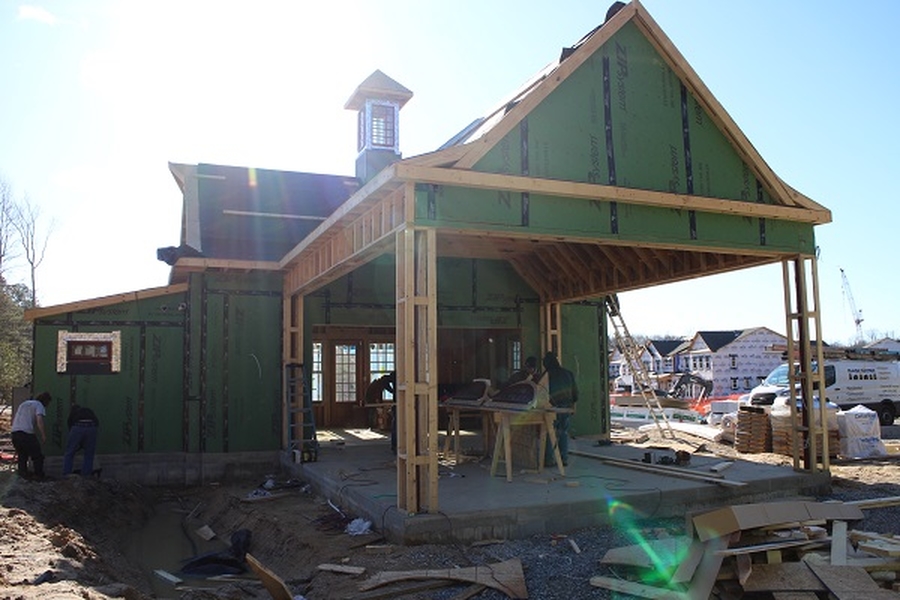 The Conservatory amenity will include an outdoor kitchen and covered patio. 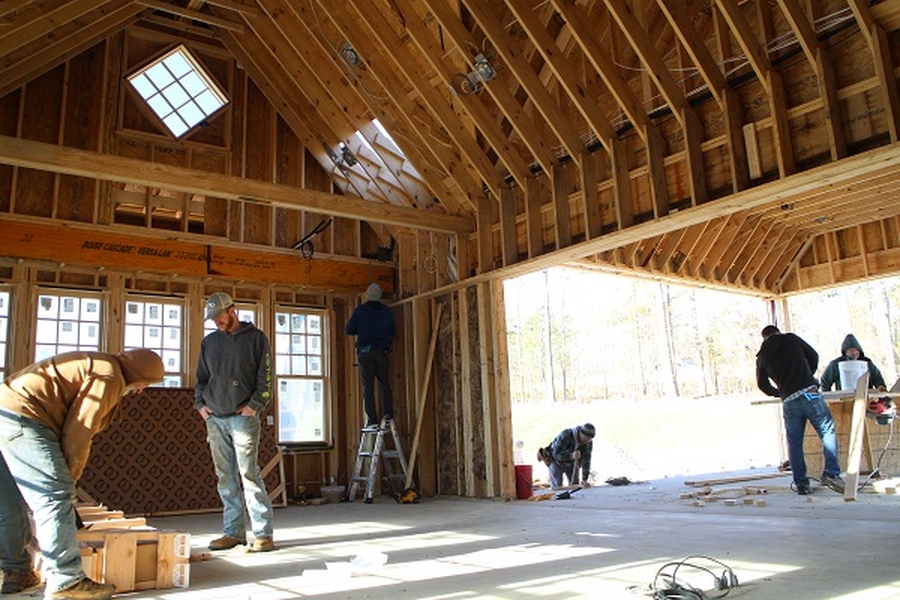 The inside of the under-construction Conservatory building. 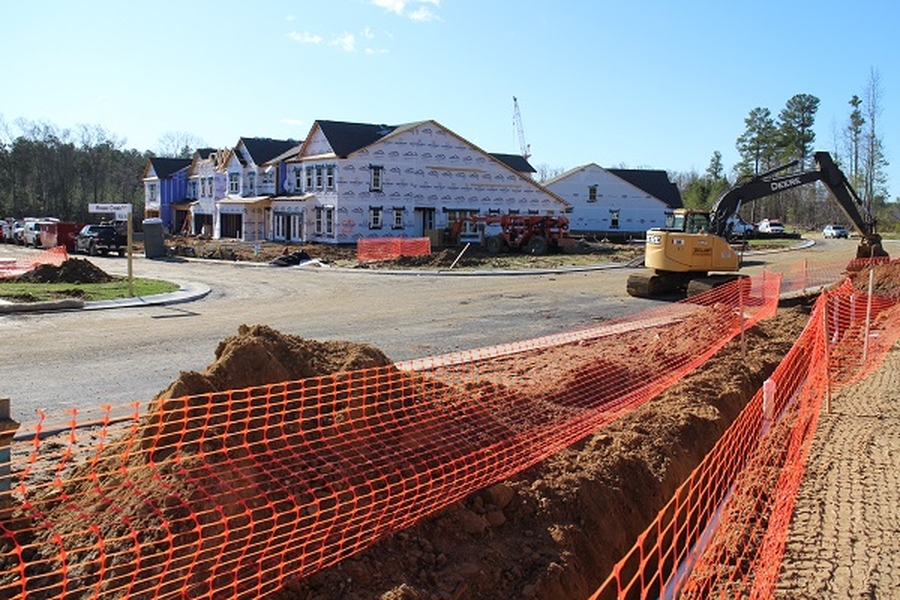 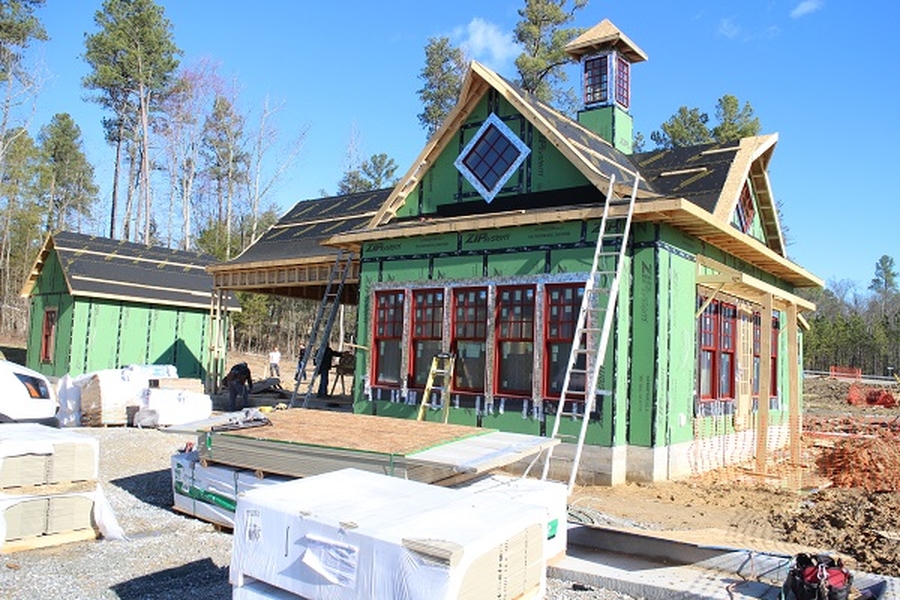 A view of the exterior of The Conservatory building. 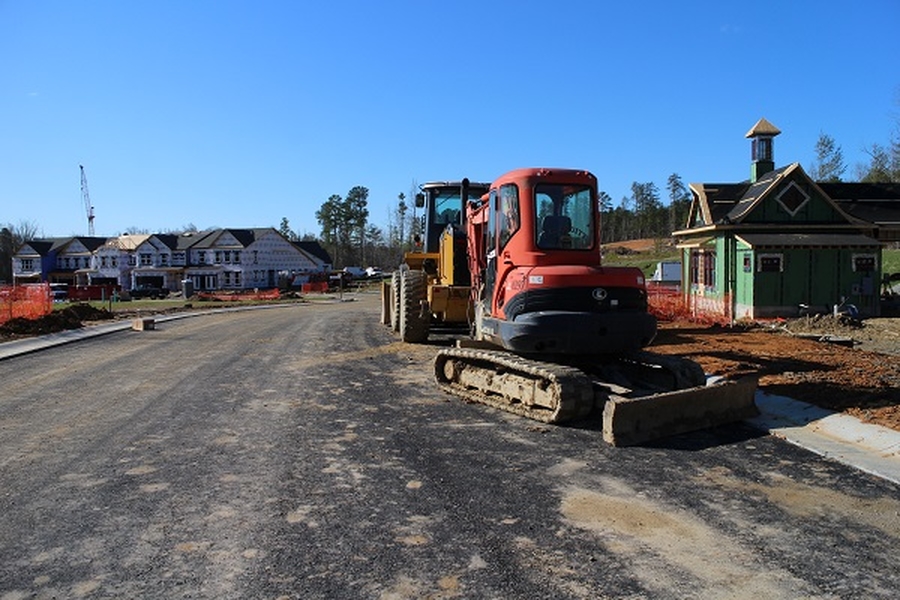 The entrance to Mosaic off Tuckahoe Creek Parkway.

One of the biggest residential developments to come to Goochland County is beginning to take shape off Route 288, where more than 500 age-restricted homes are slated to rise beside Capital One’s West Creek campus.

HHHunt Communities has started work on the first phase of Mosaic at West Creek, a 200-acre development planned for 508 homes for owners 55 and older.

The first of 49 townhomes planned for the initial phase is now visible off Tuckahoe Creek Parkway, where the development’s main entrance is accented with “The Conservatory,” a gatehouse-looking structure that will serve as Mosaic’s first community amenity, with a covered patio, outdoor kitchen with grilling stations, a parterre garden and fire pit. 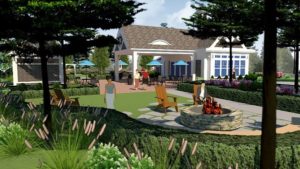 A rendering of the amenity as it would look upon completion. (Courtesy HHHunt)

Ultimately, Mosaic will consist of a mix of townhomes and single-family houses. StyleCraft and Schell Bros. have purchased lots to build houses, and HHHunt is constructing the townhomes.

Scaled down from an initial 520 homes, Mosaic received zoning approval from the county in 2018, adding to a wave of new development along Hockett Road that includes Eagle Construction of VA’s Readers Branch project, a 308-home development rising on 153 acres just north of Mosaic. 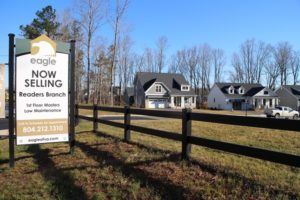 Jonathan Ridout, vice president of real estate development for HHHunt Communities, said site work for Mosaic started early last year and nearly half of the development’s roads have been paved.

A second phase that will connect the development to Broad Branch Drive, near the south end of the Capital One campus, recently was approved, Ridout said. Subsequent home sections – as many as nine in all – are under review by Goochland County planners. A 5,000-square-foot clubhouse is under design and planned to open in 2021.

HHHunt Homes recently opened sales for Mosaic and had three units sold by mid-April, Ridout said. He said Stylecraft and Schell Bros. are likewise starting sales next week, and have been fielding inquiries and meeting with prospective buyers digitally.

Ridout said the circumstances surrounding the coronavirus pandemic have affected their sales approaches but haven’t slowed the project substantially.

“We are not open for any prospect foot traffic. We are doing everything virtually,” he said.

Mosaic is one of four HHHunt projects starting around Richmond, representing a collective $135 million worth of investment for the company. Other projects include Wescott, a townhome-and-condo development near Brandermill; Rutland Grove, a single-family subdivision along Chamberlayne Road in Hanover; and River Mill, a 906-home development across Brook Road from Virginia Center Commons.