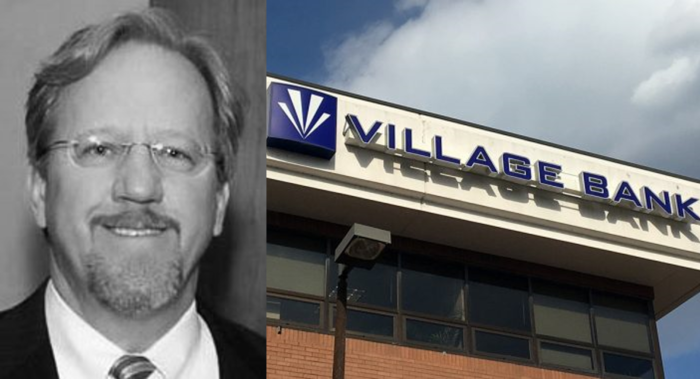 The top executive at a Midlothian-based bank is headed for the farm.

Bill Foster, who has helmed Village Bank since 2013, will step down Aug. 14. Current COO Jay Hendricks will replace him.

Foster, a longtime SunTrust exec, joined Village in 2012 as a consultant when the bank was struggling to rid itself of baggage from the Great Recession and real estate downturn. Foster replaced longtime head Tom Winfree the following year.

“I really had already retired once from SunTrust. At the time I intended to be here a year. I said I was done wearing a suit and tie, but Village really is a special place and six months in I knew I wanted the opportunity,” Foster said Thursday.

He brought the bank back to steady profitability and capital levels, and its stock price has reflected the momentum.

“I think we’ve checked the boxes of the things that I came here to accomplish … and Jay is ready to take over,” he said. “I’ve been thinking about it for close to a year. Bringing the momentum into this year, I’ve been thinking about what was important to me. When things are going really well it’s easier to do something like this.”

Hendricks was named internally as Foster’s eventual successor, Foster said, adding that the board and majority shareholder Ken Lehman agree Hendricks is the right man for the job.

Hendricks has been with the bank since 2013, starting as chief credit officer. He was previously with SunTrust, its predecessor Crestar and also worked as a bank examiner for the Comptroller of the Currency. He has a bachelor’s degree from Virginia Tech and a master’s from University of Richmond.

Foster, 58, said he’ll look to get back into consulting and potentially find a role similar to that of his early days at Village.

In the meantime, Foster said he’ll spend more time on his family’s farm in Prince Edward County and will visit his brother in Bozeman, Montana.

Foster will be the second local bank CEO to leave his post this year. Joe Shearin retired from Henrico-based Sonabank in February.

Elsewhere in Midlothian, Community Bankers Bank will have a new CEO beginning next week.