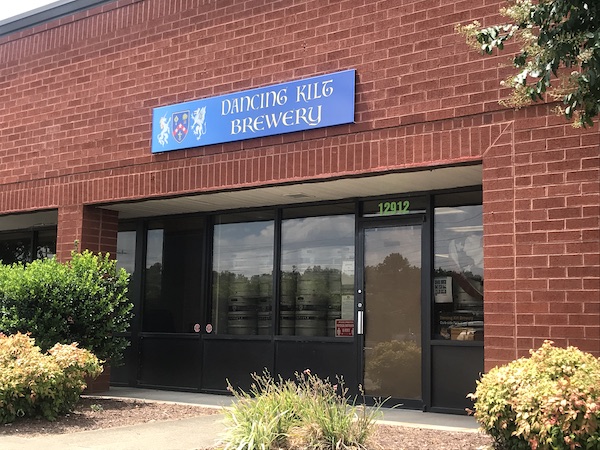 The Chester brewery is the 39th in the Richmond region. (Mike Platania)

A new brewery has waltzed into Chester.

The opening marks a career change for owner Thomas Pakurar Jr., who got into homebrewing years ago while working in IT. He’d bring his brews to company outings and give bottles as gifts, and eventually won awards at amateur brewing contests. 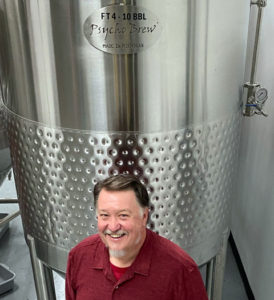 “One day a few years ago, someone said to me, ‘Hey are you opening a brewery?’ I said ‘No.’ Then a second person asked,” Pakurar said. “By the time the 12th person came and asked I said, ‘Hey maybe there’s something to this.’”

He leased the 3,500-square-foot space in an industrial strip center about two years ago and continued to develop recipes while working full time in IT. Despite population density and demographics telling him to not open in Chester, he said he decided to go for it in his home county where he and his family live.

“I really didn’t want to go into Richmond (city limits) because that wasn’t my local community,” Pakurar said. “If you look at Europe, each town has their own local brewery that serves that town.”

Dancing Kilt opened a few weeks ago, with Pakurar making it his full-time job. The brewery for now is open only for takeout and has a staff of four, but Pakurar said he’s planning to hire more. 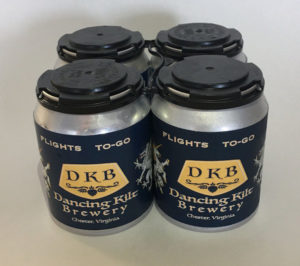 But the brewery’s Scottish theme called for some takes on beers from that region, including a 13 percent ABV Scotch ale and Irish red ale. Pakurar said he’s been using techniques he picked up over the years while homebrewing.

“I made a promise to myself to drink my mistakes before brewing a new batch,” Pakurar said, laughing. “When I started brewing I focused on yeast first, while some people focus on the malts or the hops. In drinking my own mistakes, I realized all four ingredients – water, yeast, malt and hops – have a part to play. You can’t just short one of them.”

Pakurar said he hopes to open the tasting room in a few weeks, but in the meantime Dancing Kilt is selling six-packs of 12-ounce cans and four-packs of 16-ounce cans. He said he’s been fortunate to keep a supply of cans while inventory has been getting depleted both locally and nationally. 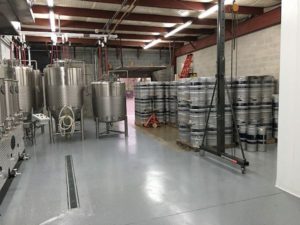 The brewery’s also doing a to-go take on flights, selling four beers in 8-ounce cans starting at about $8.

“Our flights just happen to be packaged in a can and you can’t drink them on site,” Pakurar said. He added he’s talked to distributors to possibly send Dancing Kilt’s beer to some local restaurants and markets.

Dancing Kilt is the 39th brewery to open in the Richmond region and third in Chesterfield County, joining Molly’s Blind Dog Brewery and Steam Bell Beer Works. Work is set to begin on a fourth in the county at Hidden Wit Brewing Co. in Moseley.

Dancing Kilt is also the second brewery to open during the pandemic. In April, Crazy Rooster Brewing Co. opened in Powhatan.